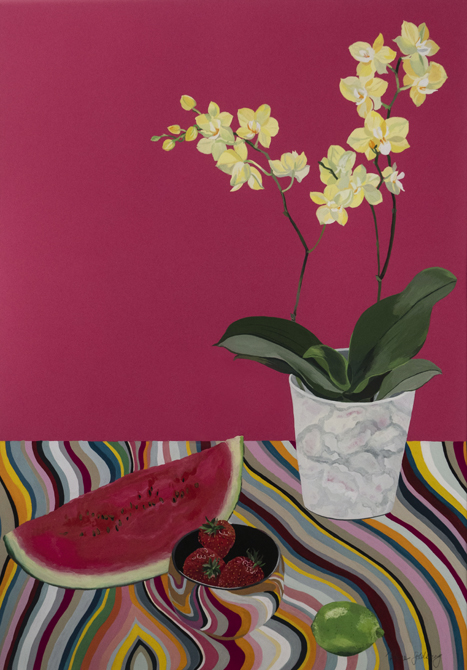 Anne Goldberg graduated with a BA Honours in Printed Textiles at Manchester Polytechnic in 1982. Shortly after leaving, she won a design stand at Olympia which set her on the road as a freelance artist/designer. Some of her many commissions included original works of art, limited edition prints, designing for packaging and greetings cards. Her work has been shown in several London galleries including Liberty’s, The Royal Academy of Art and The Mall Galleries.

Whilst freelancing, Anne won the London Evening Standard Award for a painting which led to a partnership with the London Design Centre, where her work was featured in The Haymarket and across the country.

She then went on to work for Arthur Sanderson & Sons Ltd, (a British manufacturer of fabrics and wallpaper, founded in 1860) as a designer in their in house studio in Uxbridge, London.

After moving to Manchester in the late 80’s, Anne lectured in Art, Design and Interior Decorative Techniques at colleges in the North West.

Anne now dedicates her time to commissions and gallery exhibits, exploring her fascination with colour in both her intricate still life work and abstract compositions.

She also teaches aspiring artists and runs Art for Art’s Sake, a private art class near her home town in Cheshire.