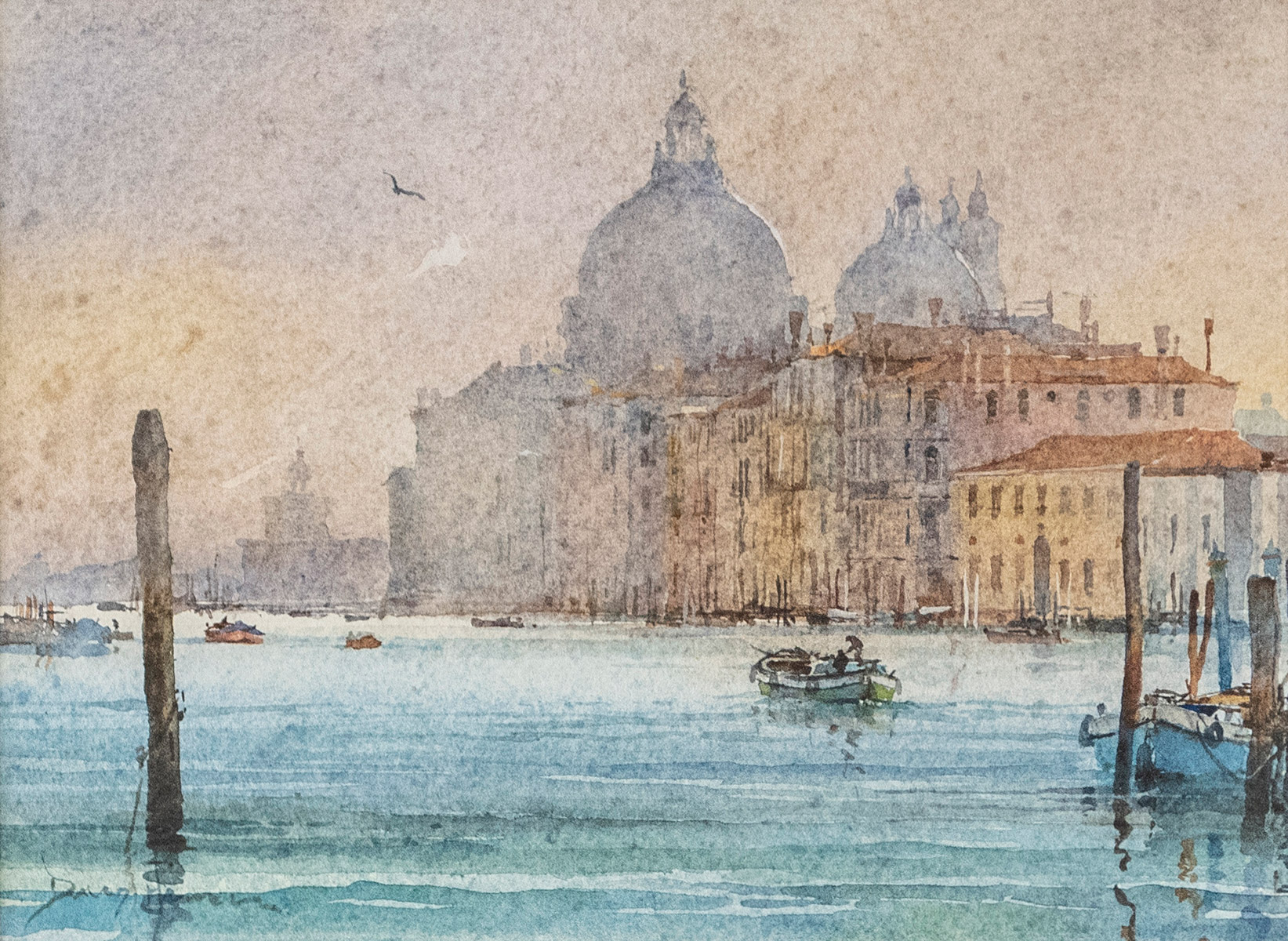 David is a full time painter. He paints in watercolour and oils. His subjects are primarily landscape and marine. He is also well-known for his equestrian racing work and for shooting paintings. Many collectors in various parts of the world know him for his Arabian paintings, an area where he lived for many years.

David travels widely in search of new material, most recently in India, Egypt and France. The latter is almost his second home. He exhibits with a number of galleries in the UK – hence is work is always in very short supply.

David regularly writes articles on painting for magazines. He is the author of two books on painting published by Crowood Press – as well as featuring in a DVD by APV Films.

He has the reputation of being an enthusiastic and inspiring tutor on his courses at Staithes Art School and Dedham Hall, in Essex.

His paintings are to be found in in locations varying from royal palaces in the Middle East to city boardrooms as well as with numerous private collectors across the world. He is a member and past-president of the Royal Society of Marine Artists.