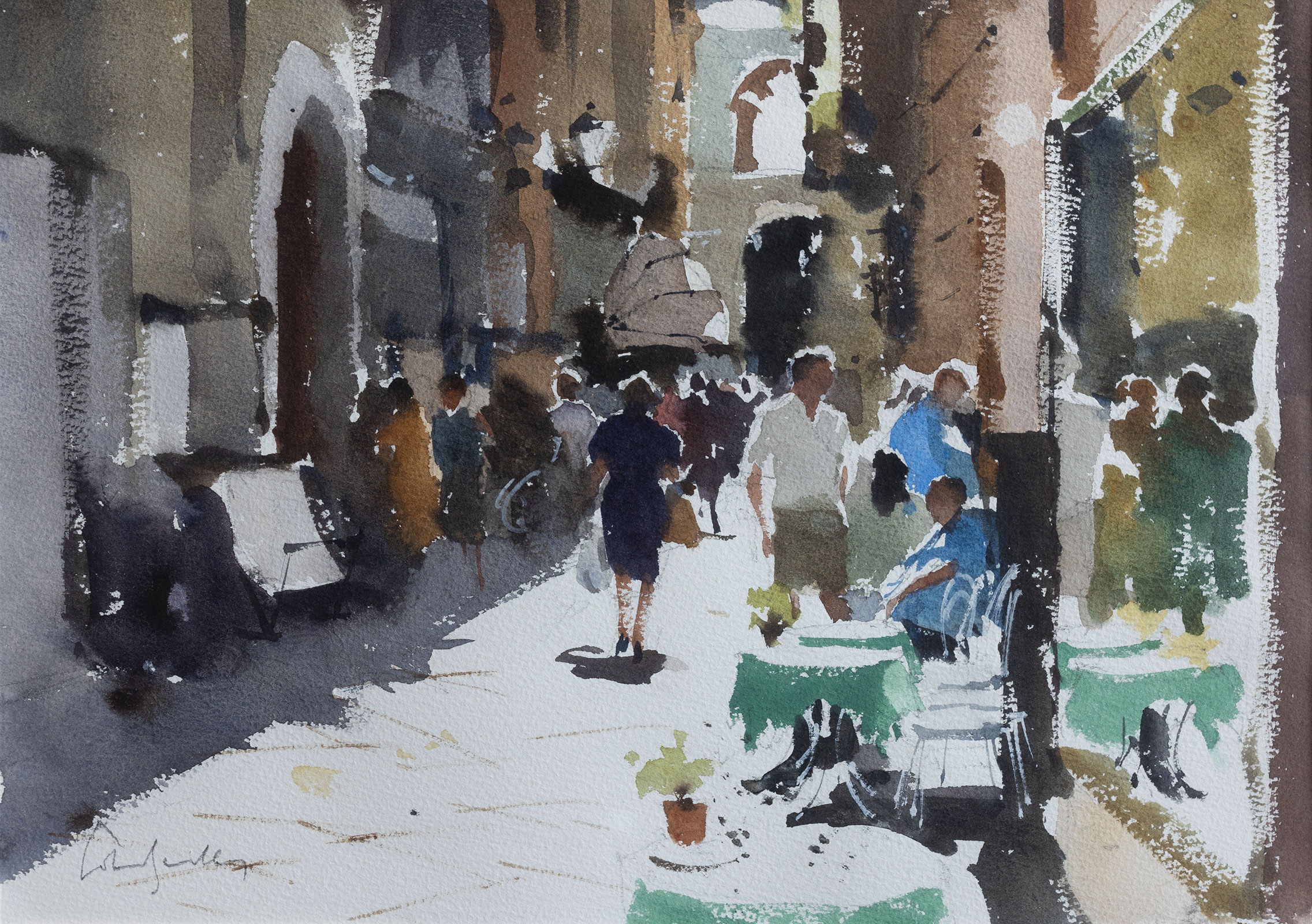 Side Street in Sorrento 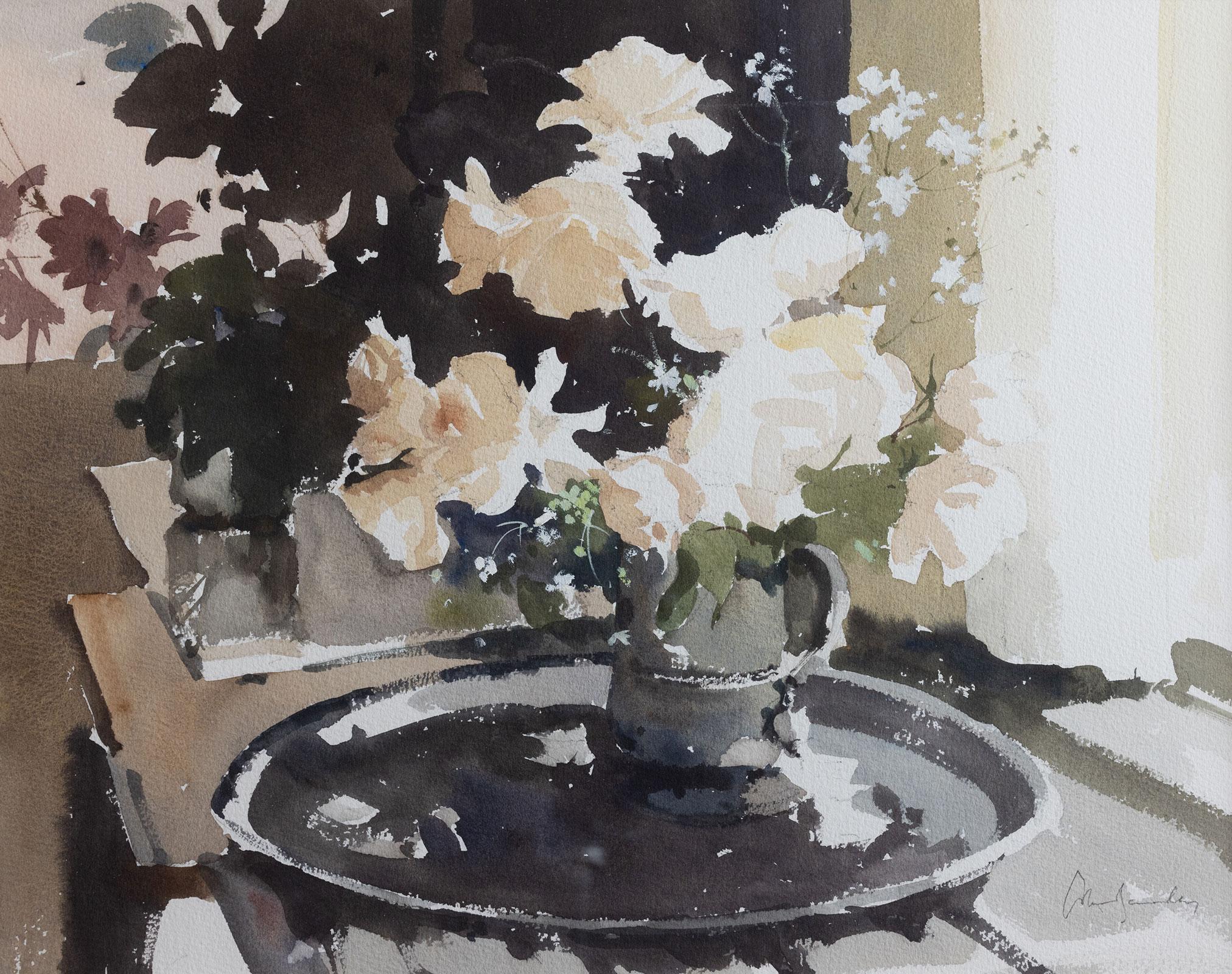 John Yardley is recognised as one of the most accomplished watercolour painters of his generation. Born in Beverley, Yorkshire he commenced painting full-time in 1986 following a career in banking. Having had no formal training Yardley maintains that this has given him the freedom to find his own style.

Yardley’s increasing prominence in the world of watercolours is the result of his natural ability and flair. He is renowned for his outstanding ability to capture the vitality of a scene with a few well-placed brush strokes and the way he conveys movement with a confident sweep of paint. His characteristic style is to paint what he sees with little embellishment and by drawing his subject and then painting it in one quick and direct application, he retains the sense of movement that is true to the scene and medium.

John Yardley is a member of the Royal Institute of Painters in Watercolour and exhibits at the Royal Watercolour Society where he has won several awards.

He enjoys regular painting trips throughout England and Europe, creating beautiful studies of Rome, Venice and the English coast. Special mention must be made of his superb flower studies, many of which are inspired by his own beautiful garden.

Now regarded as one of Britain’s finest contemporary impressionists, Yardley has been the subject of two documentaries on watercolour painting and three books have been written about his work, including The Art of John Yardley published in 1990.