Light on the Grand Canal 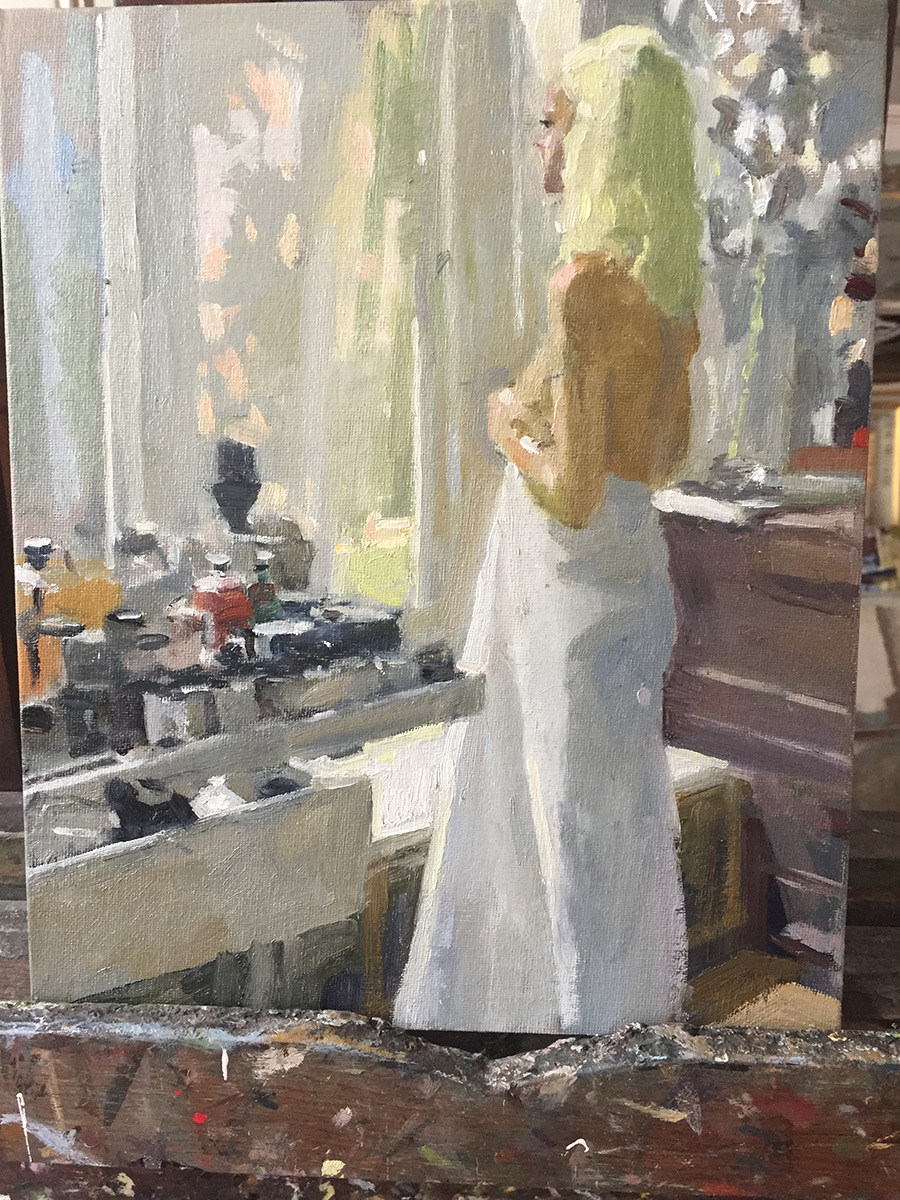 Ken Howard, born in 1932, later studied at Hornsey School of Art. After serving with the Royal Marines for his National Service, he returned to study at the Royal College of Art.

Later, having been appointed Official Artist in Northern Ireland, he spent many years travelling/painting around the world with the British Army.

Ken Howard has established an enviable reputation as one of the most gifted and accomplished figurative artists of his generation. Renowned for his remarkable draughtsmanship, and in particular for his unique ability to capture the light of a scene using muted greys or passages of bright colour among more harmonious tones, he ably continues a tradition of painting handed down by artists such as Monet, Whistler, Sargent an Sickert.