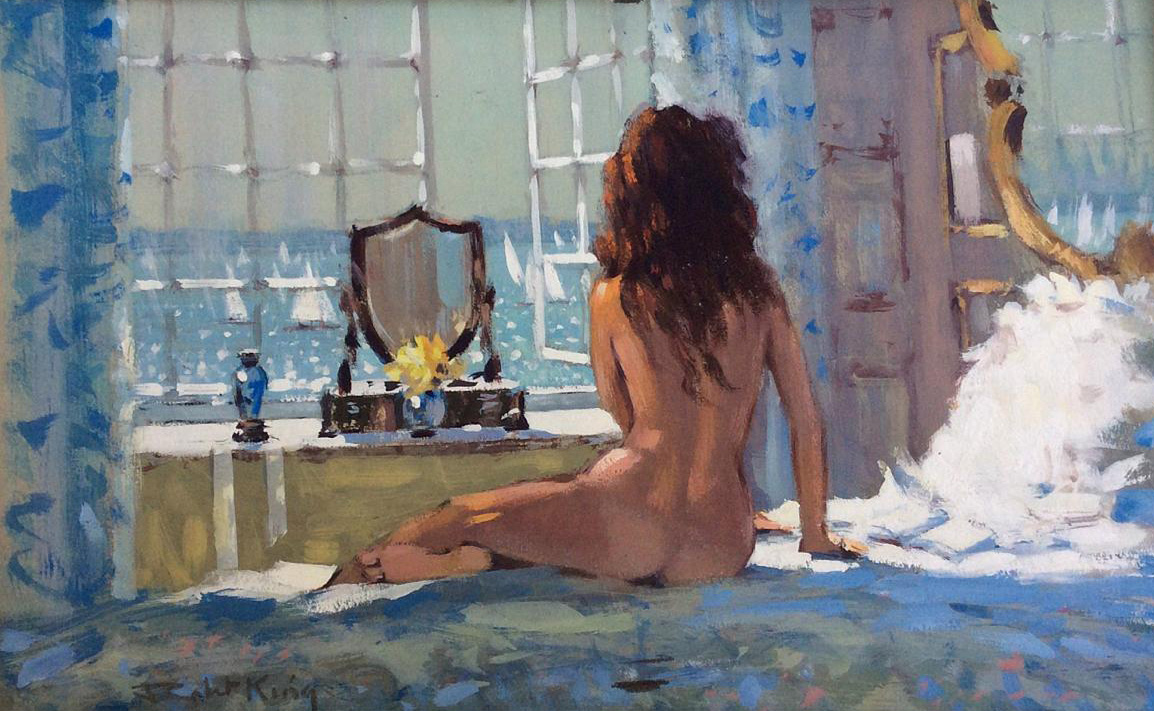 Cottage by the Sea 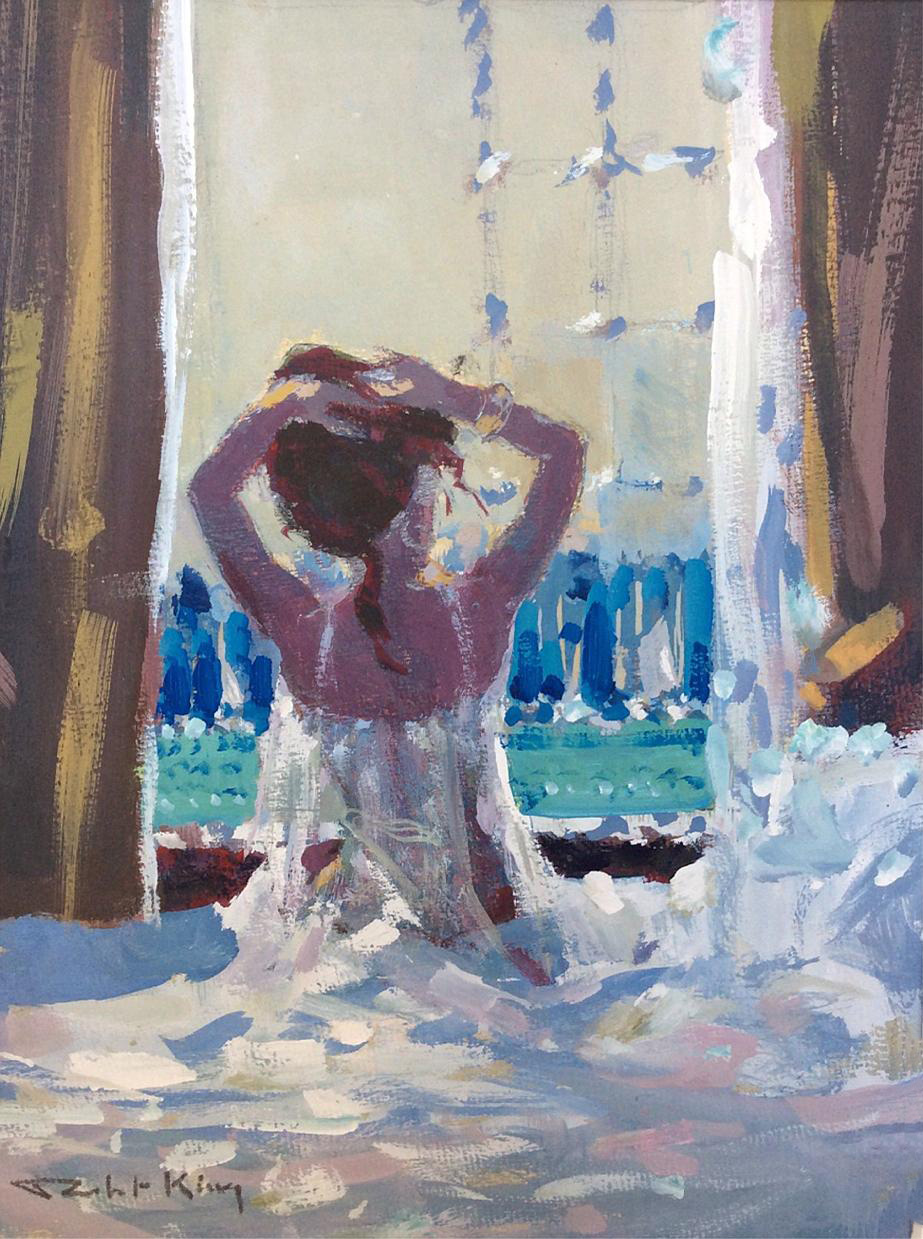 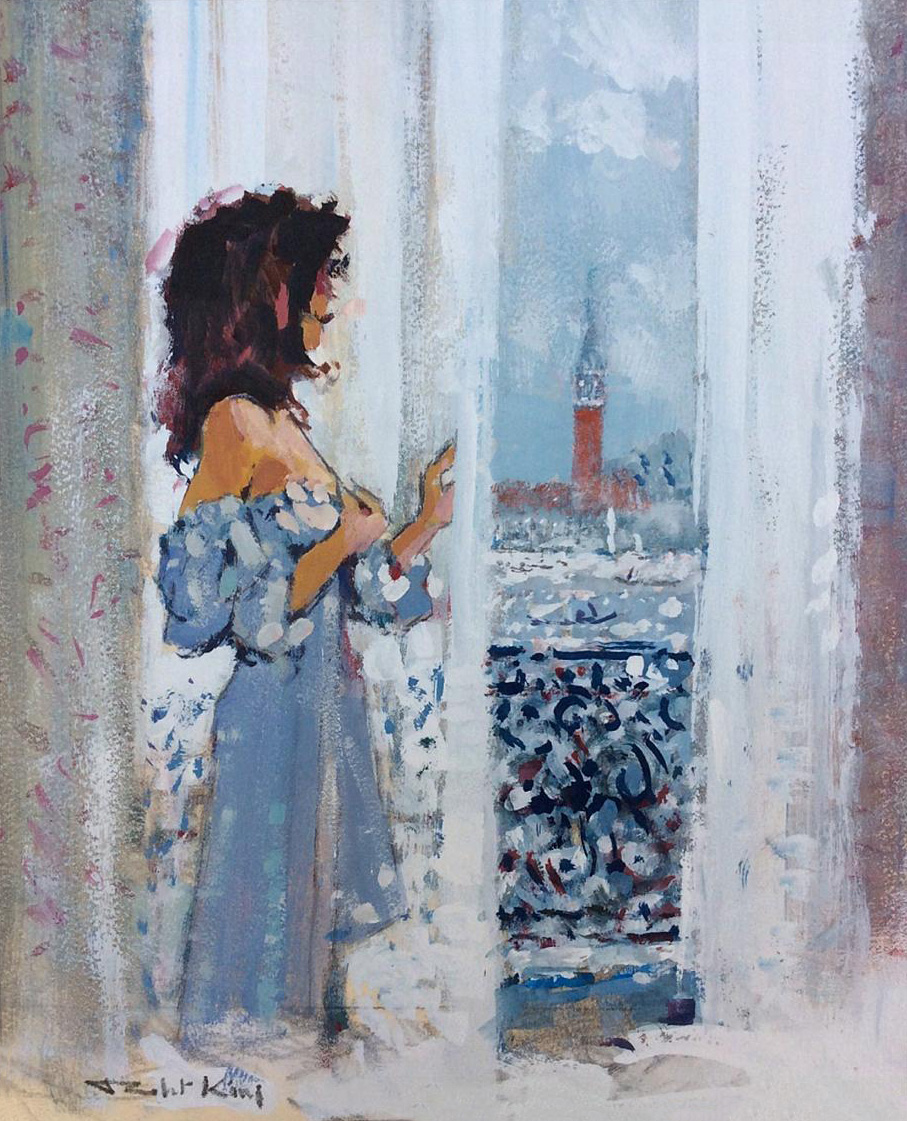 Robert King was born in Leicester where he studied at the College of Art between 1952 and l954. He then served in the Army in Egypt for two years before resuming his studies at Art School in 1957.

His first Solo Exhibition was held in Leicester in 1970 and was followed by success at the Royal Academy, The Paris Salon and the Royal Institute of Painters in Watercolour. His work was then exhibited at the Medici Gallery, where he had a series of 6 shows starting in 1980. This was followed by 12 successful Solo Exhibitions at Burlington Paintings, London, from 1989 to 2009. He has also exhibited in Jersey, Canada and the USA.

In 1985 Robert became a Member of the Royal Institute of Painters in Watercolor and a Member of the Royal Society of Marine Artists. His ability to paint such a broad range of subjects sets him apart from most other contemporary artists. He has painted figurative, still life and topographical compositions, including views across most of Europe the Mediterranean, North Africa and the Middle East.

Robert lives with his wife Chrissie in a coastguard’s cottage overlooking the Solent. Seeking to capture that ever fleeting moment, his paintings are filled with all the atmosphere and tempo of the place, awakening in us an immediate and lasting response.

How exciting that Robert has agreed to show us his work at Sarah Samuels Fine Paintings here in Chester. I hope the Covid fluctuating restrictions will allow you to come and see them before Christmas arrives.