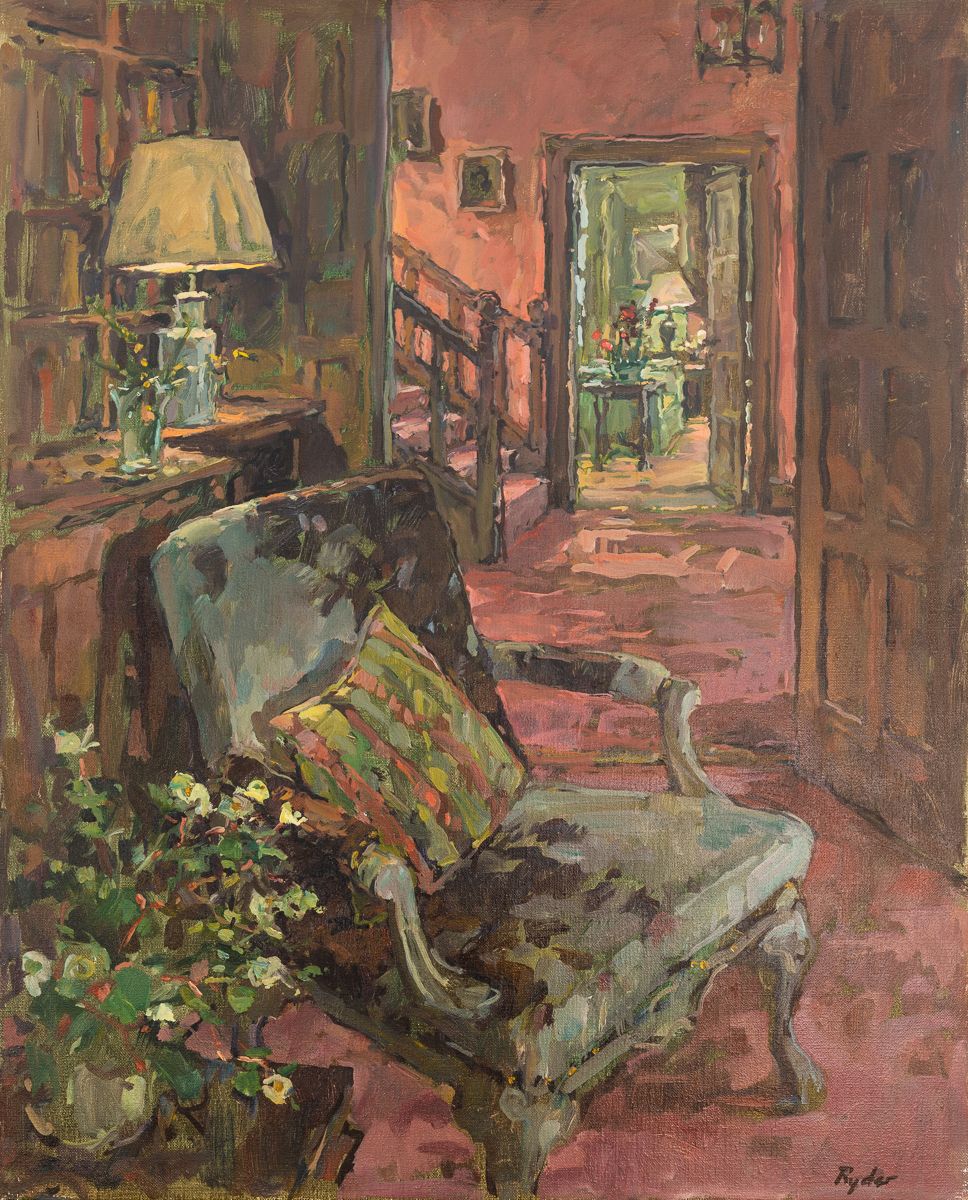 Looking Through The Red Room 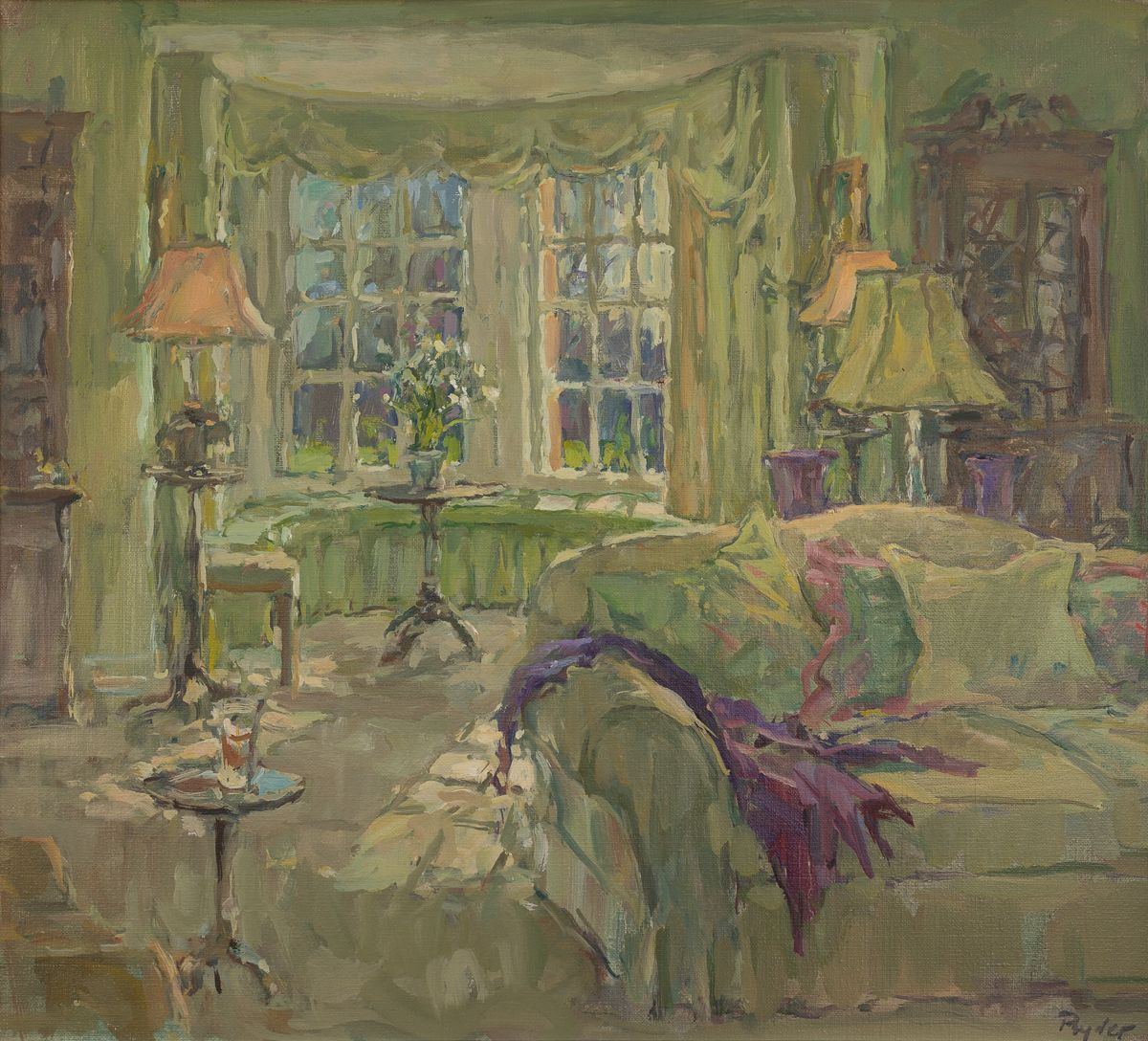 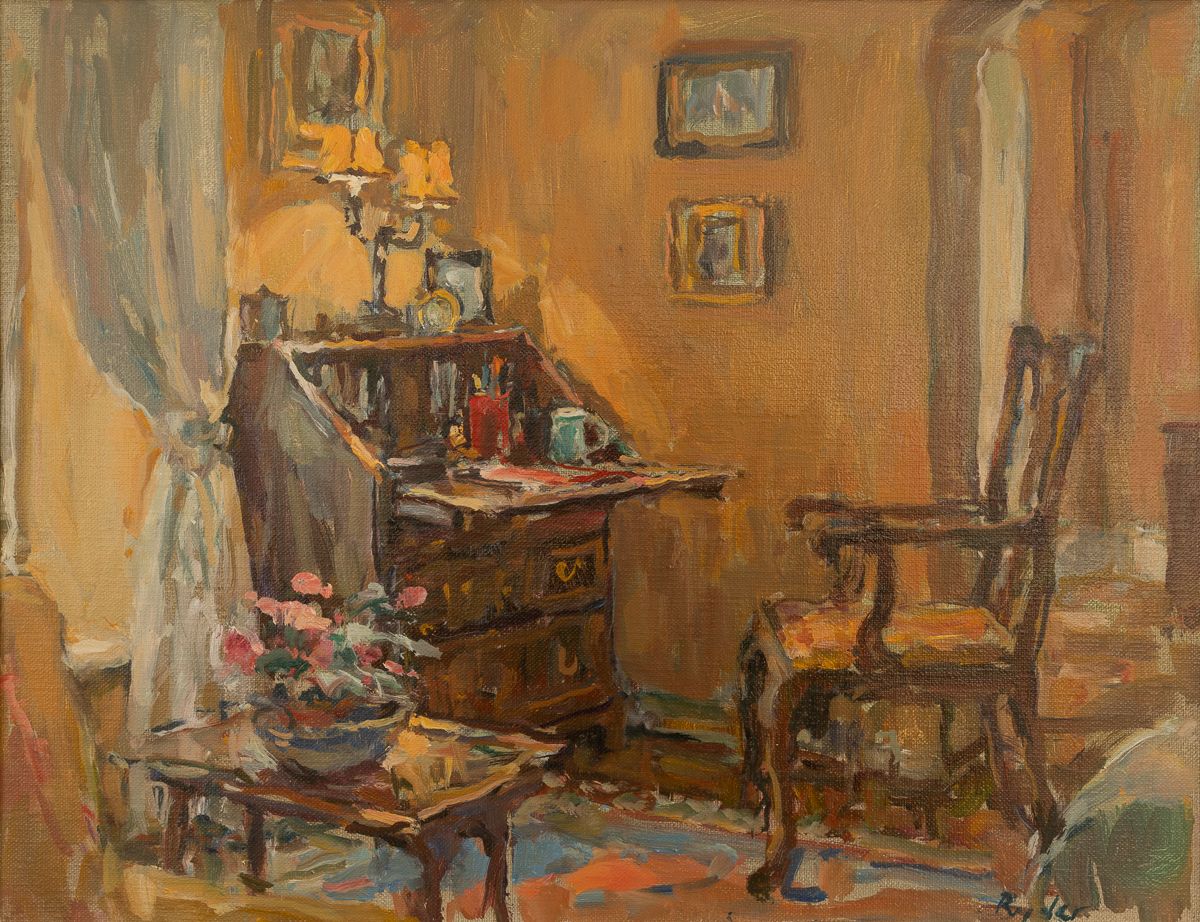 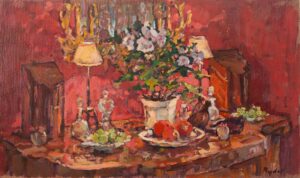 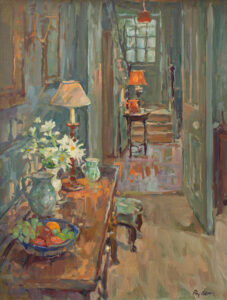 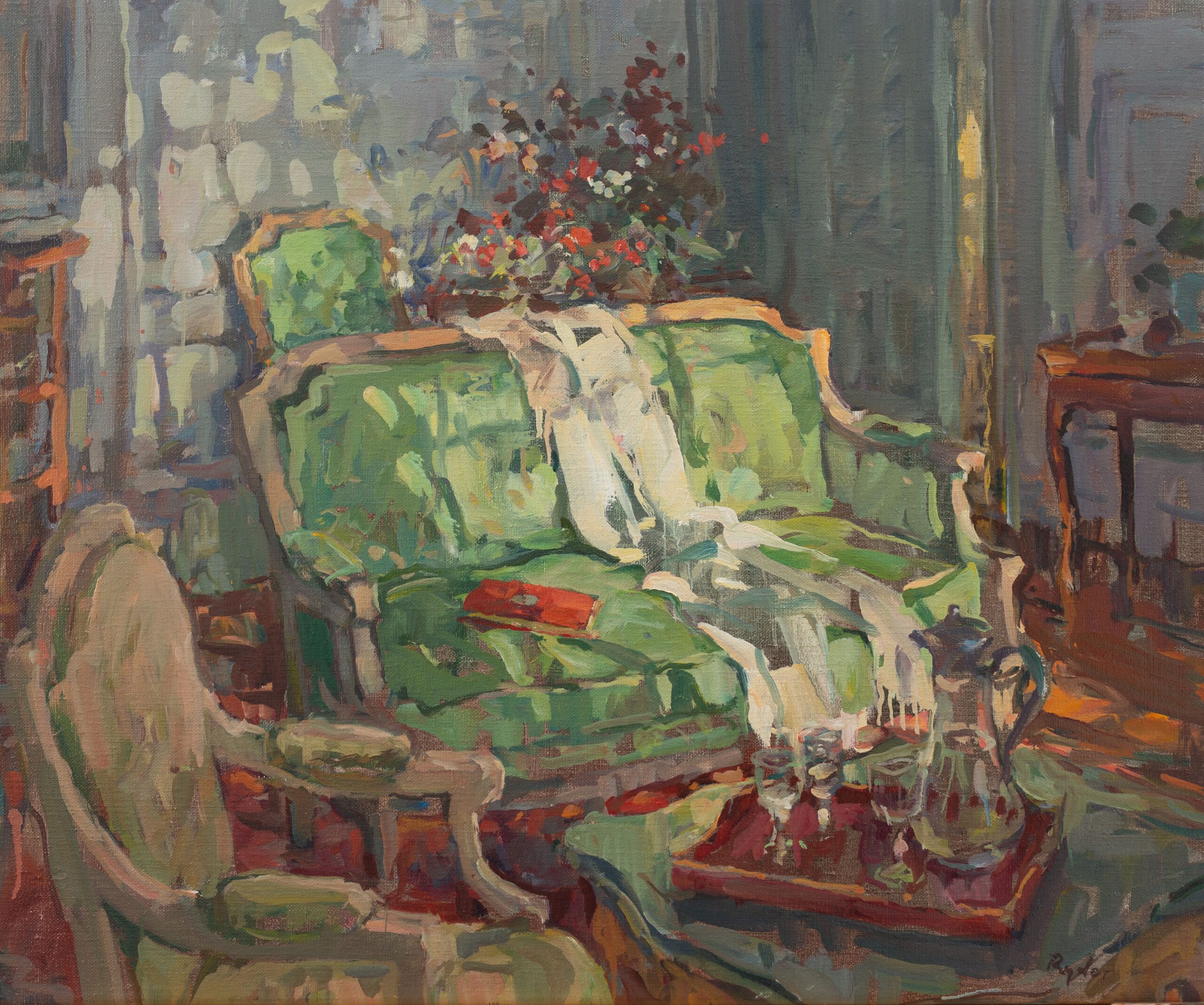 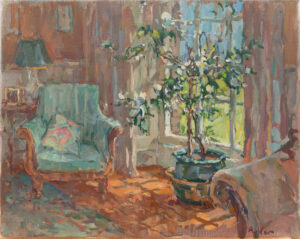 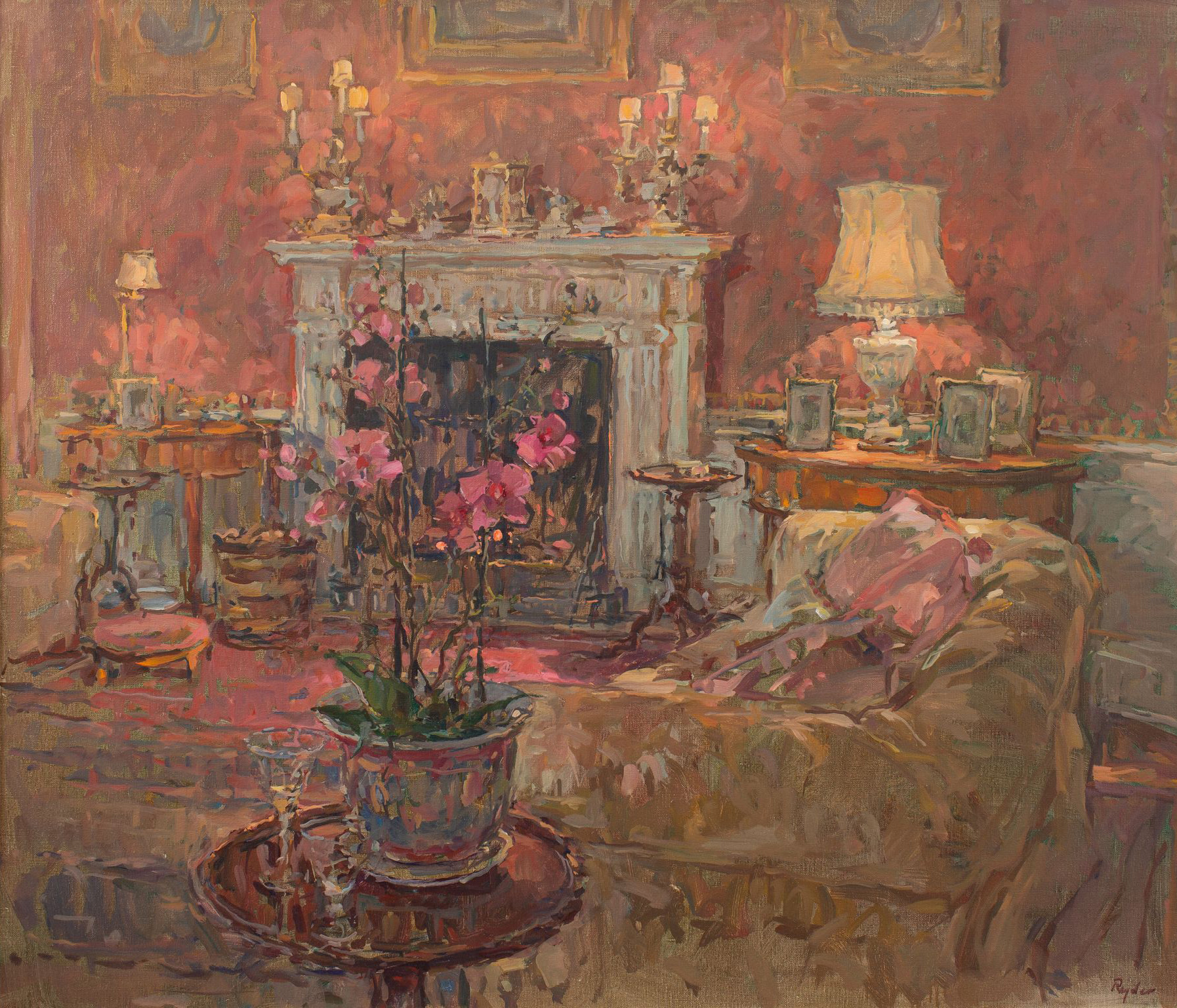 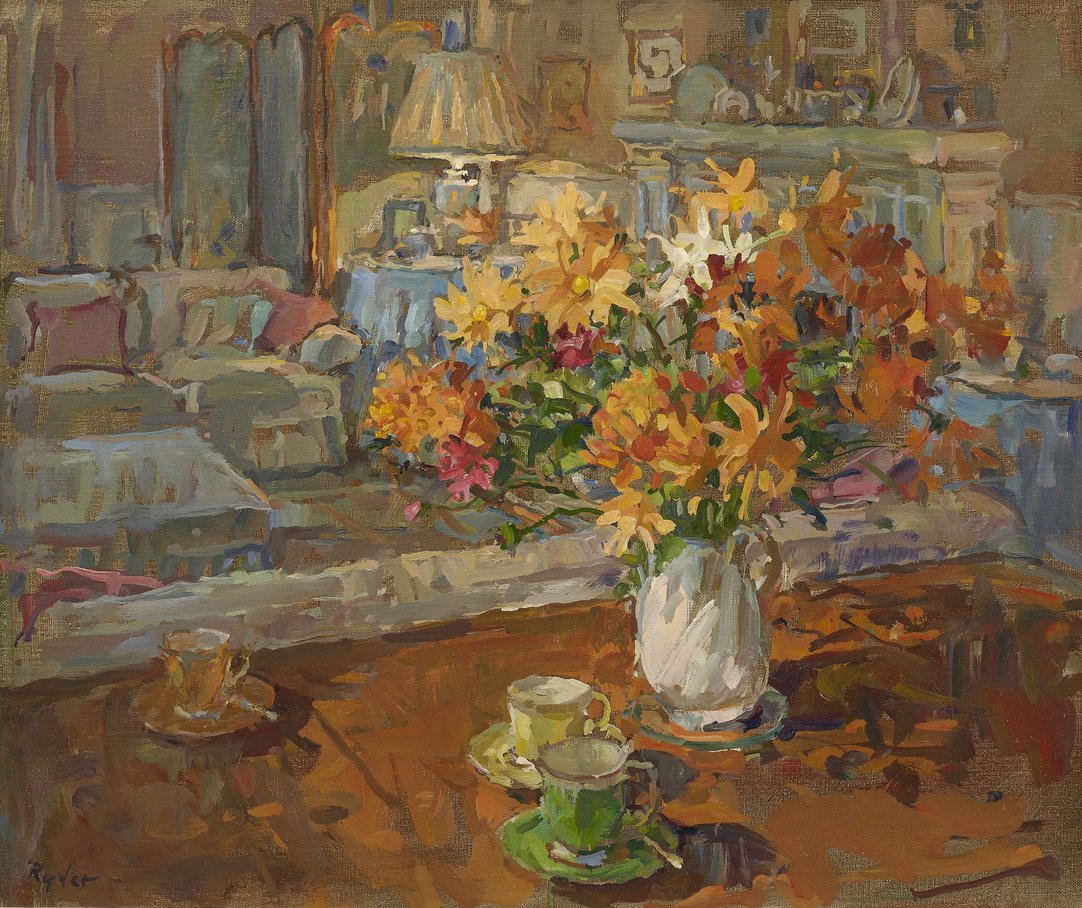 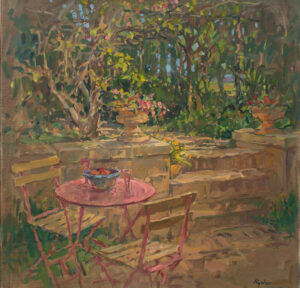 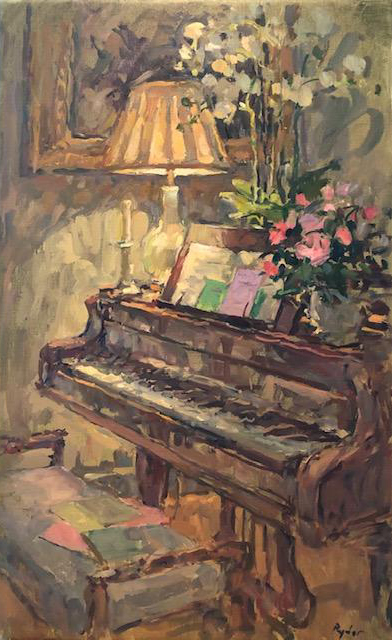 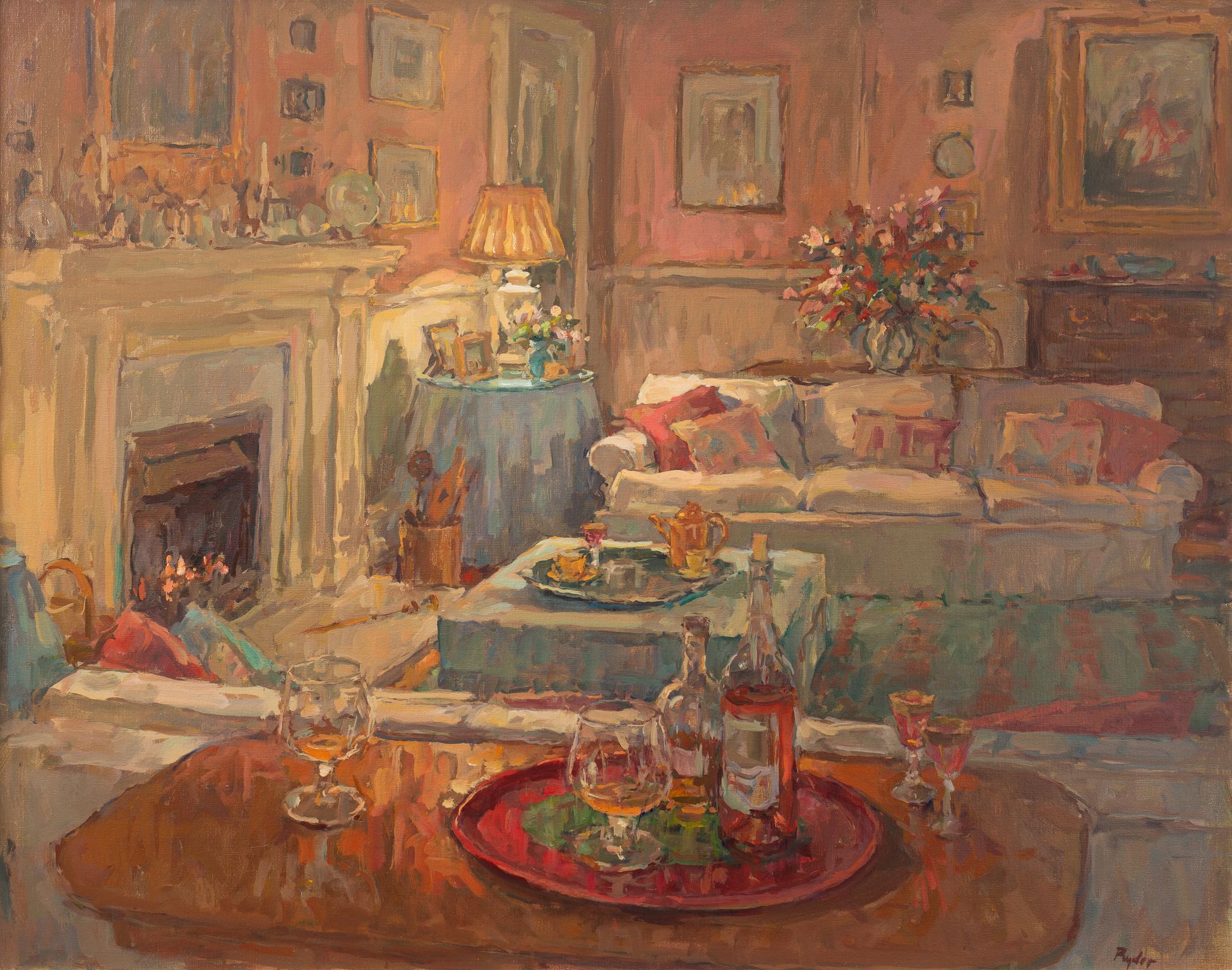 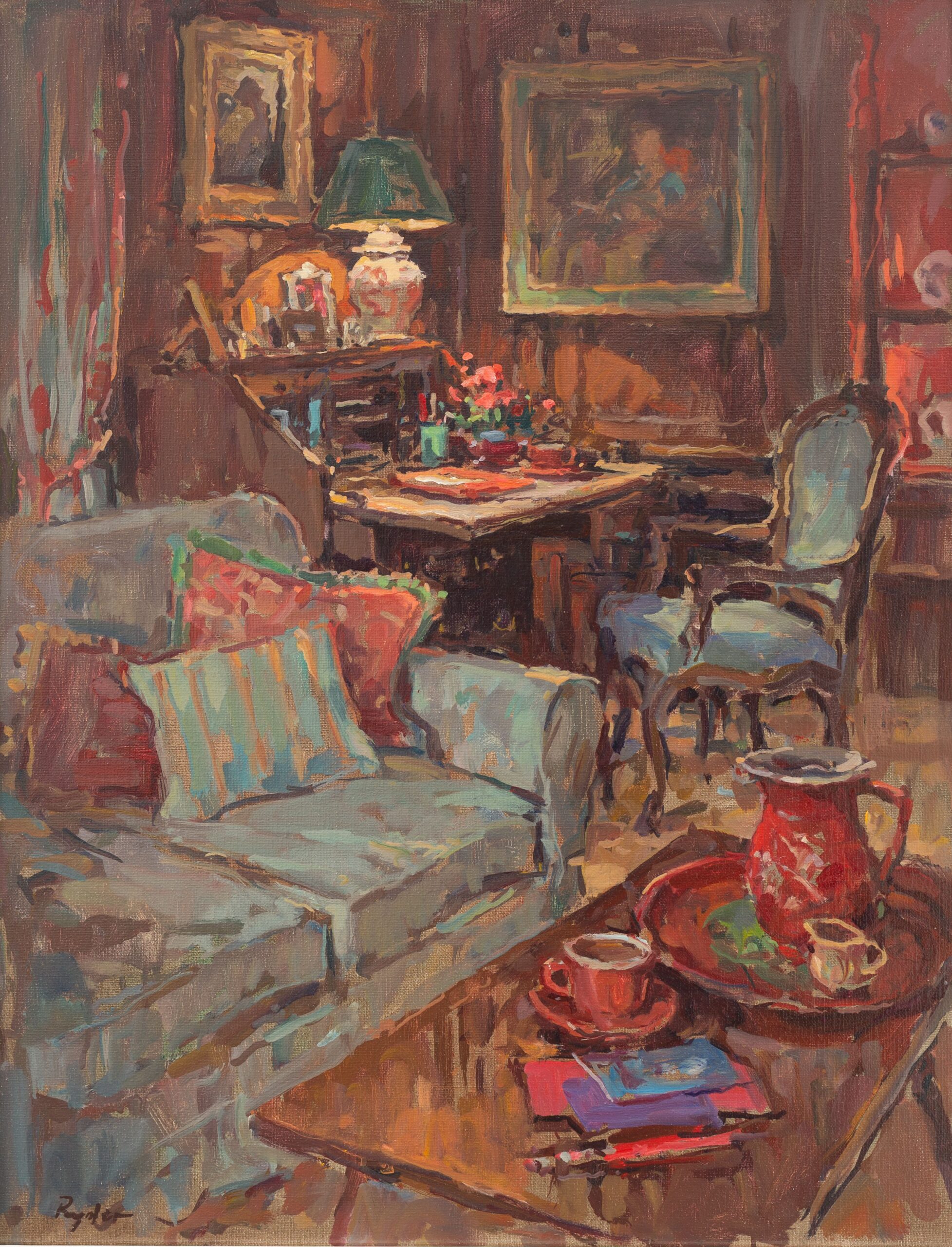 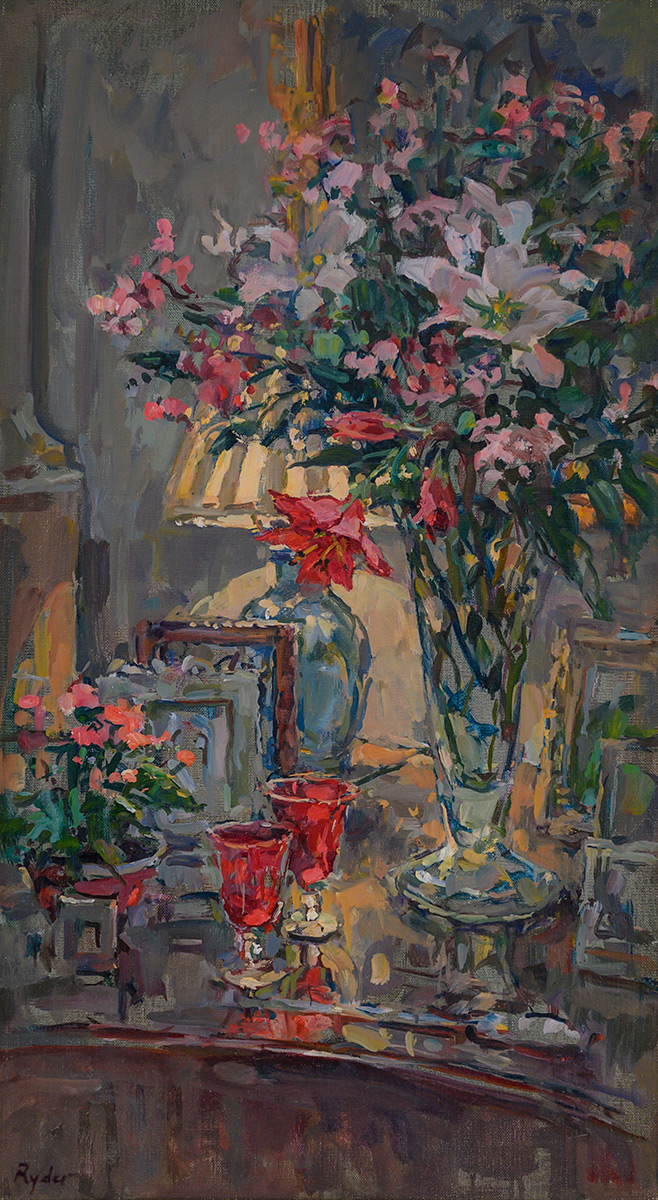 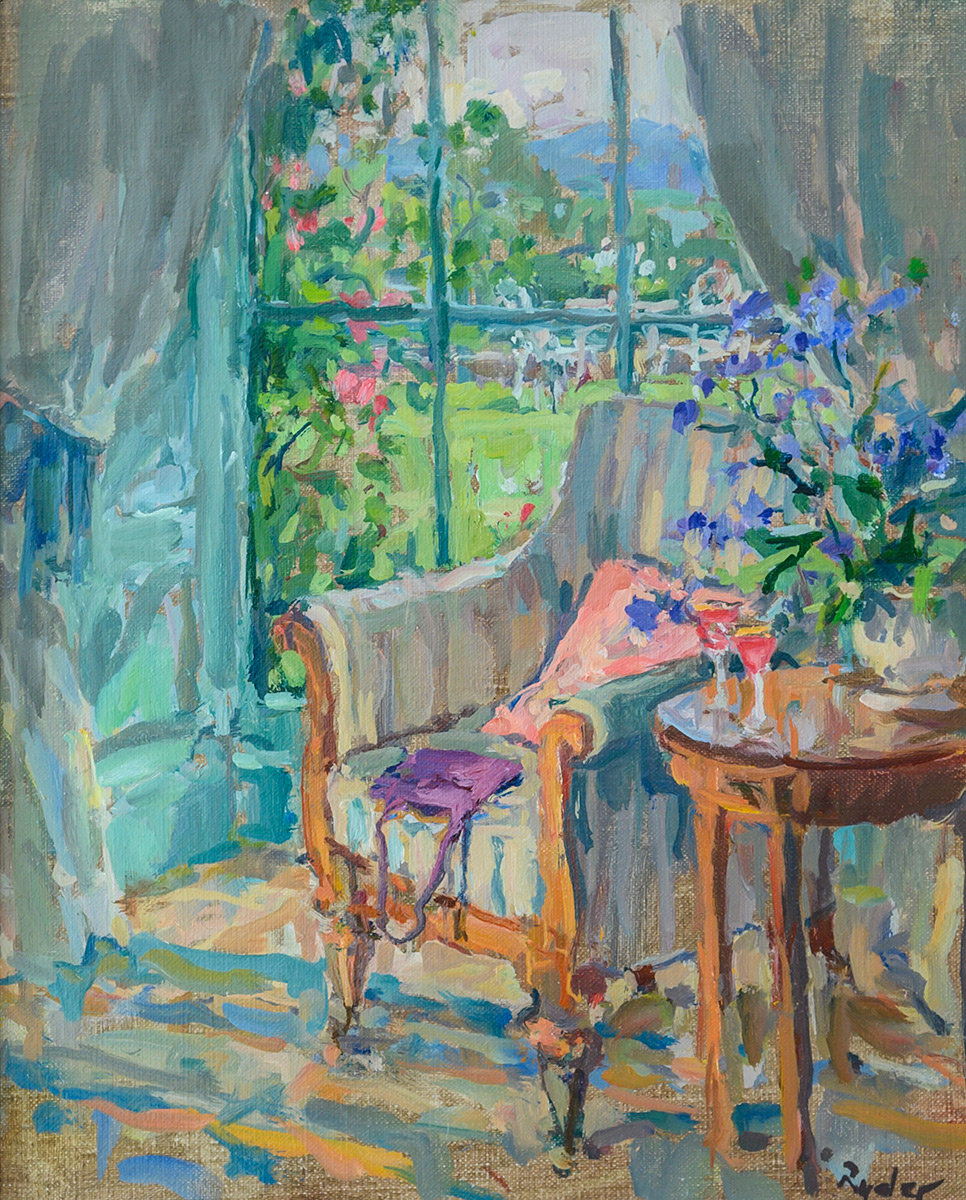 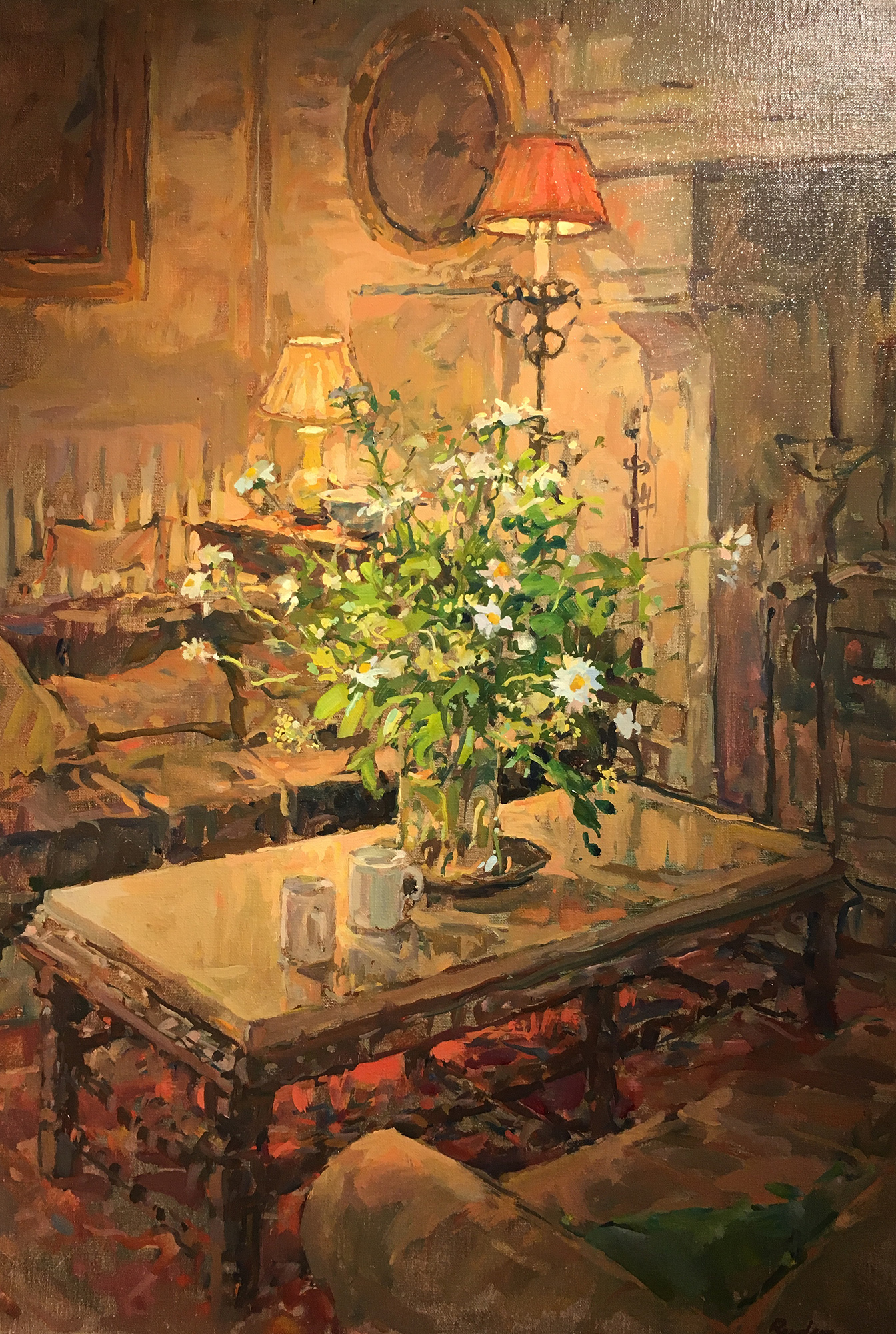 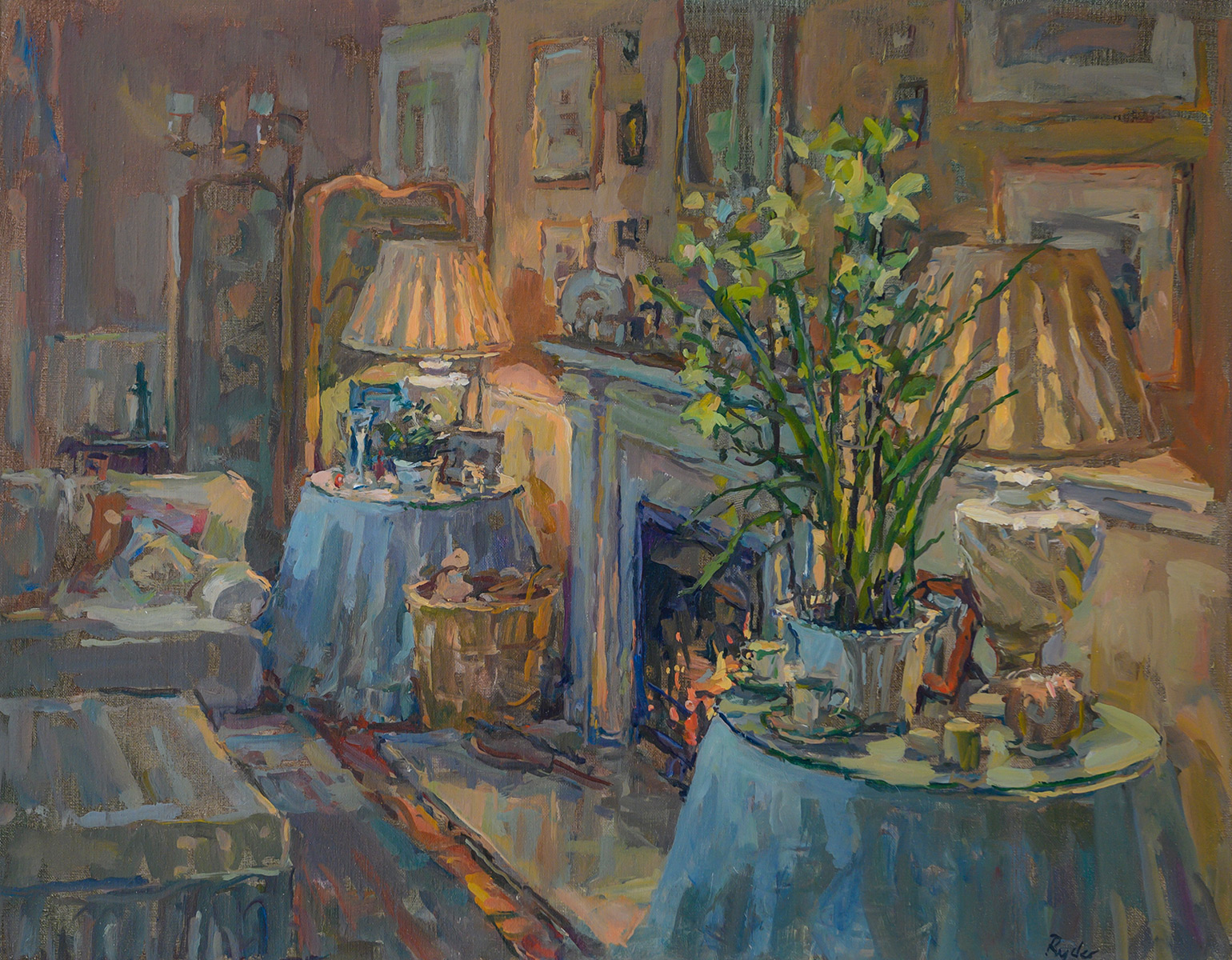 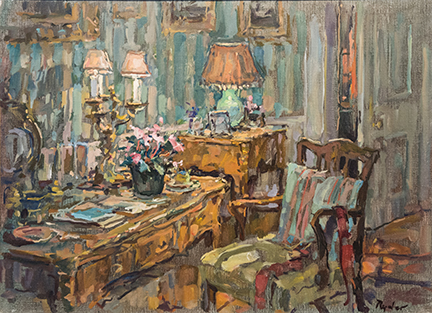 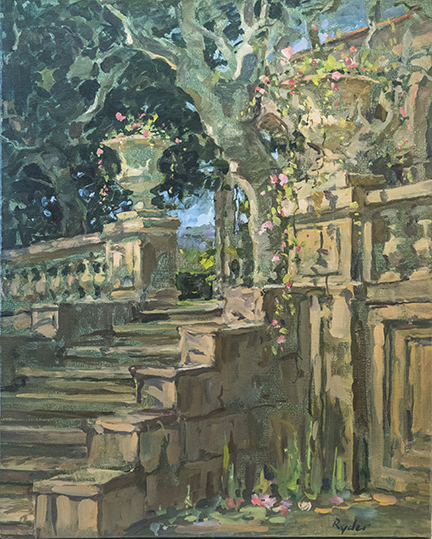 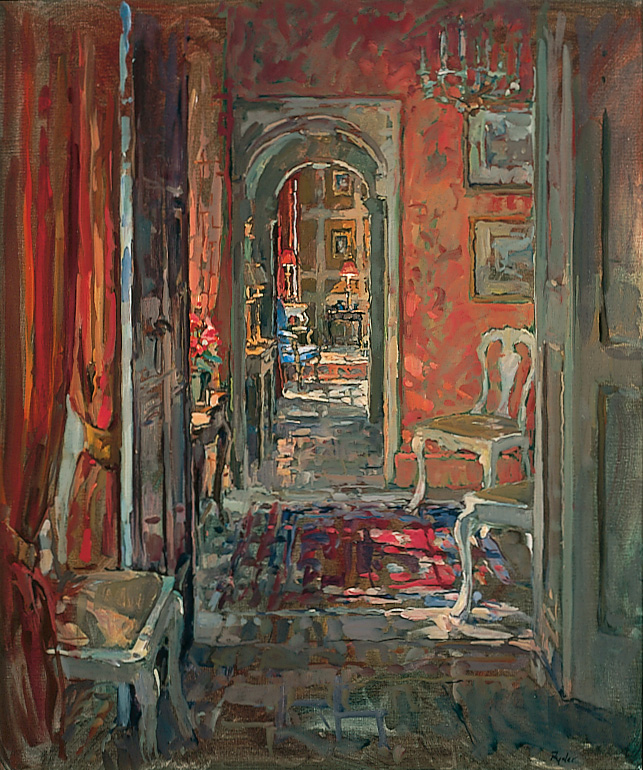 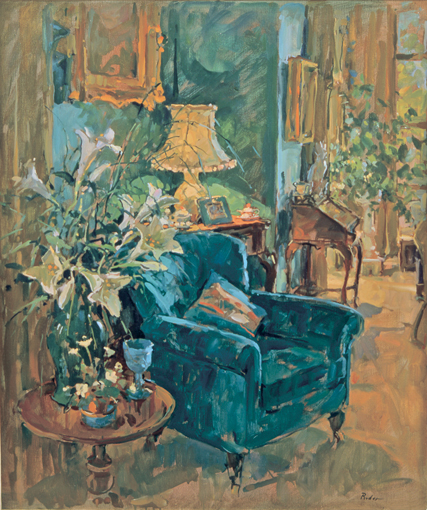 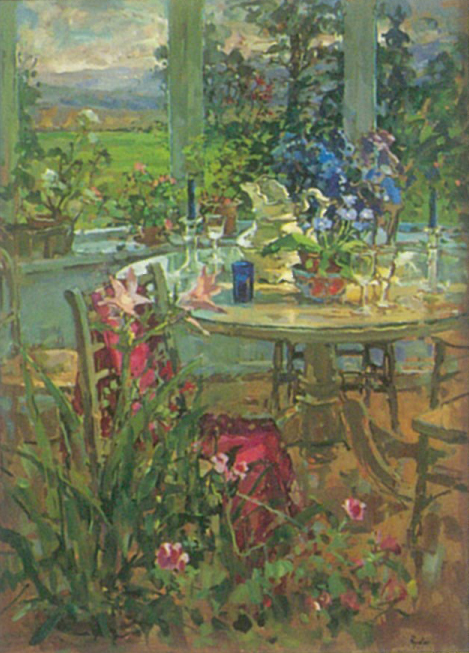 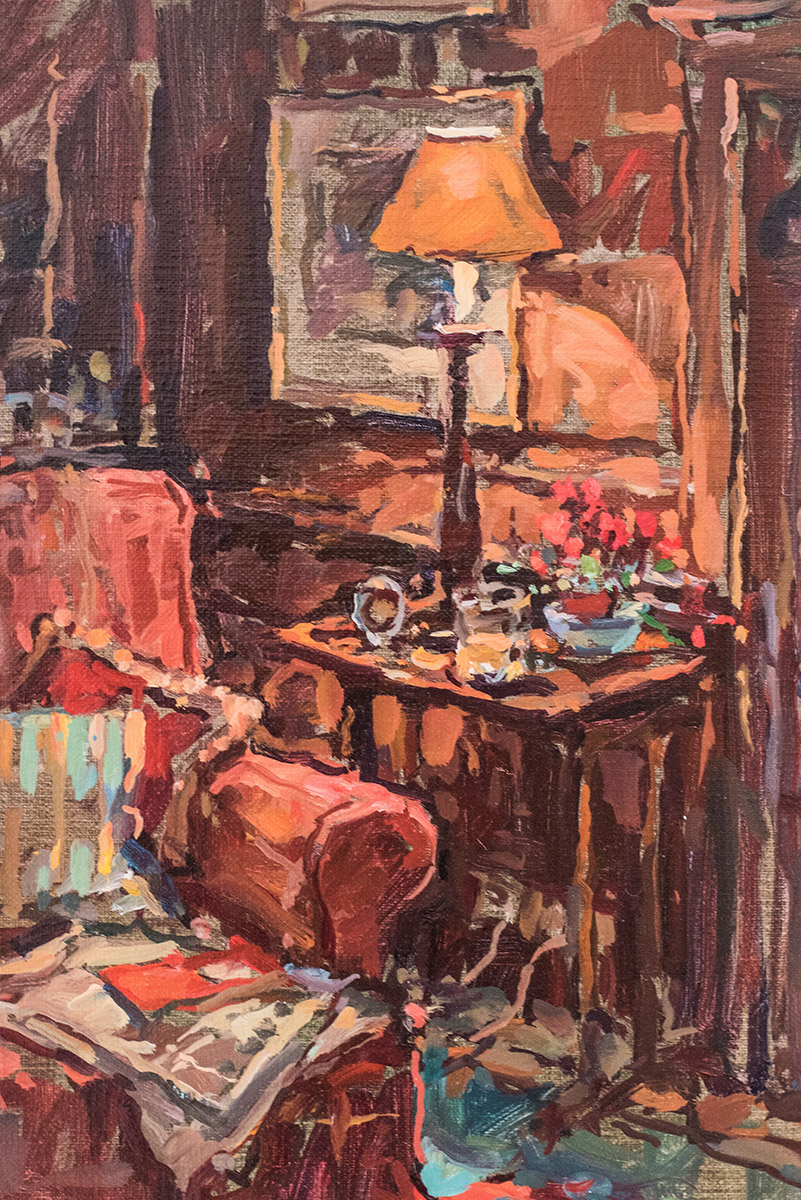 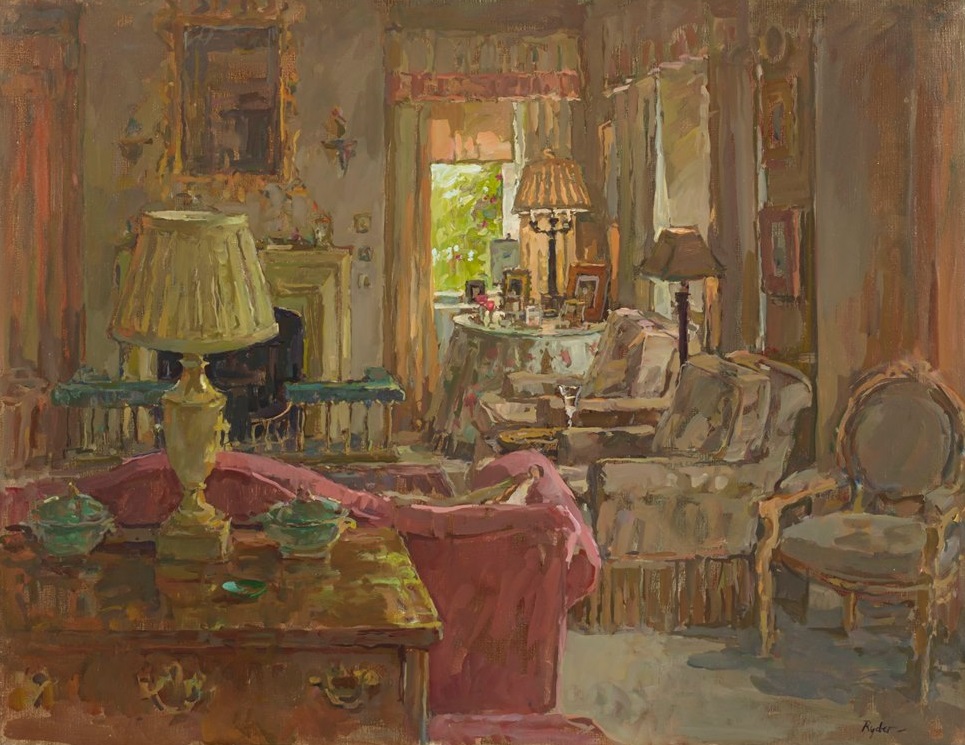 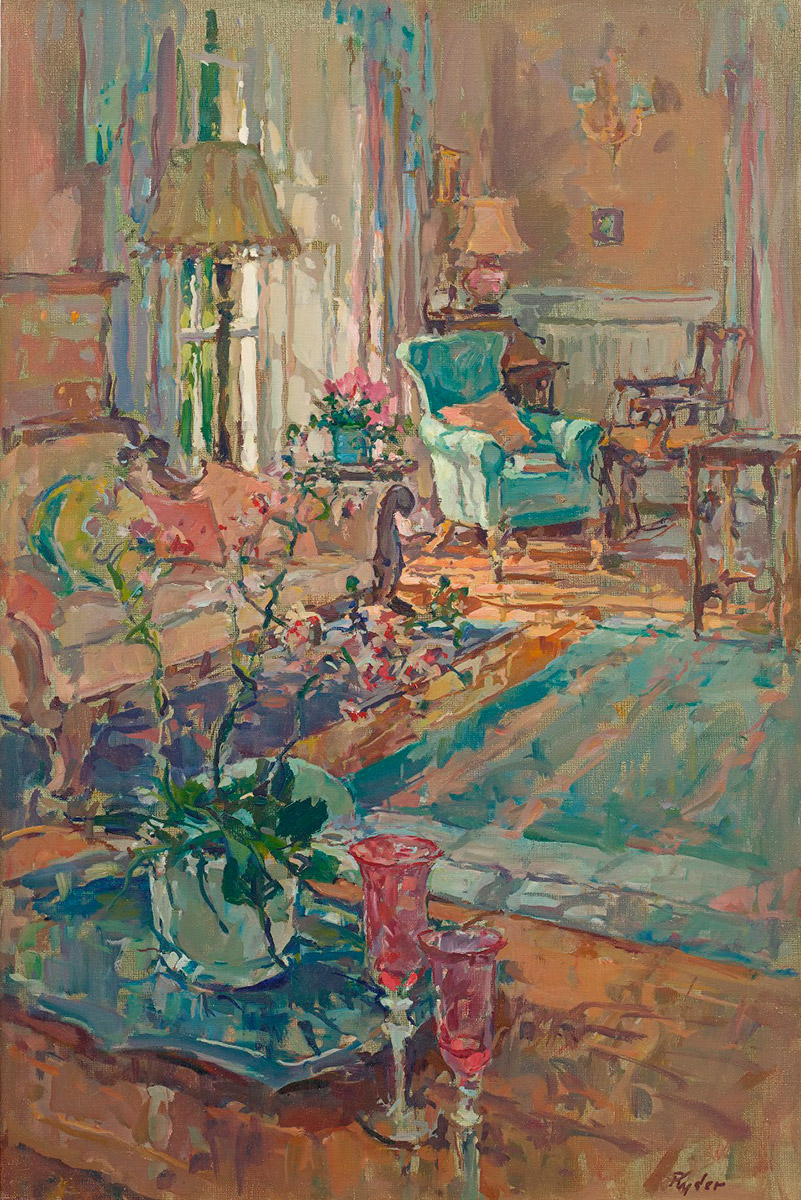 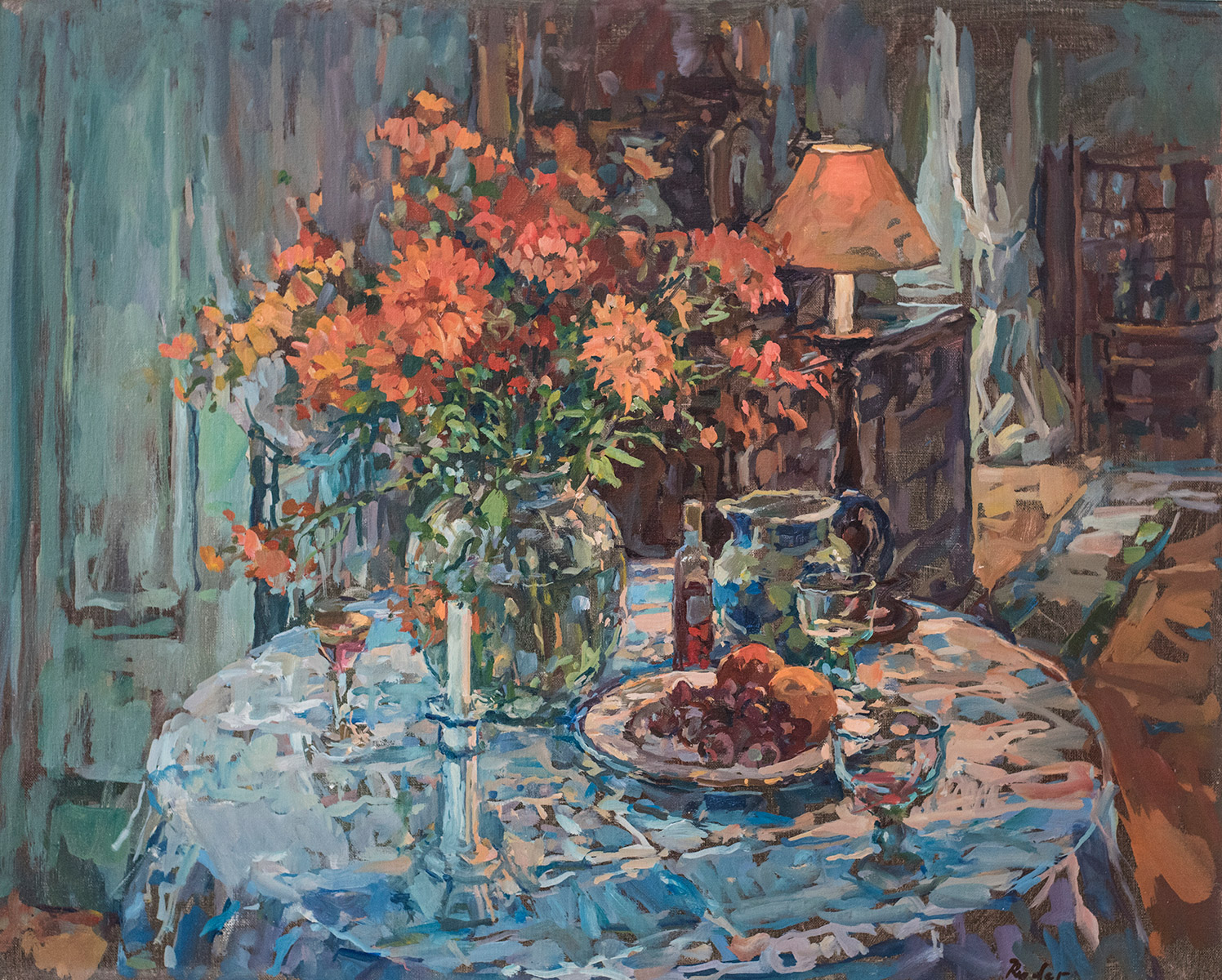 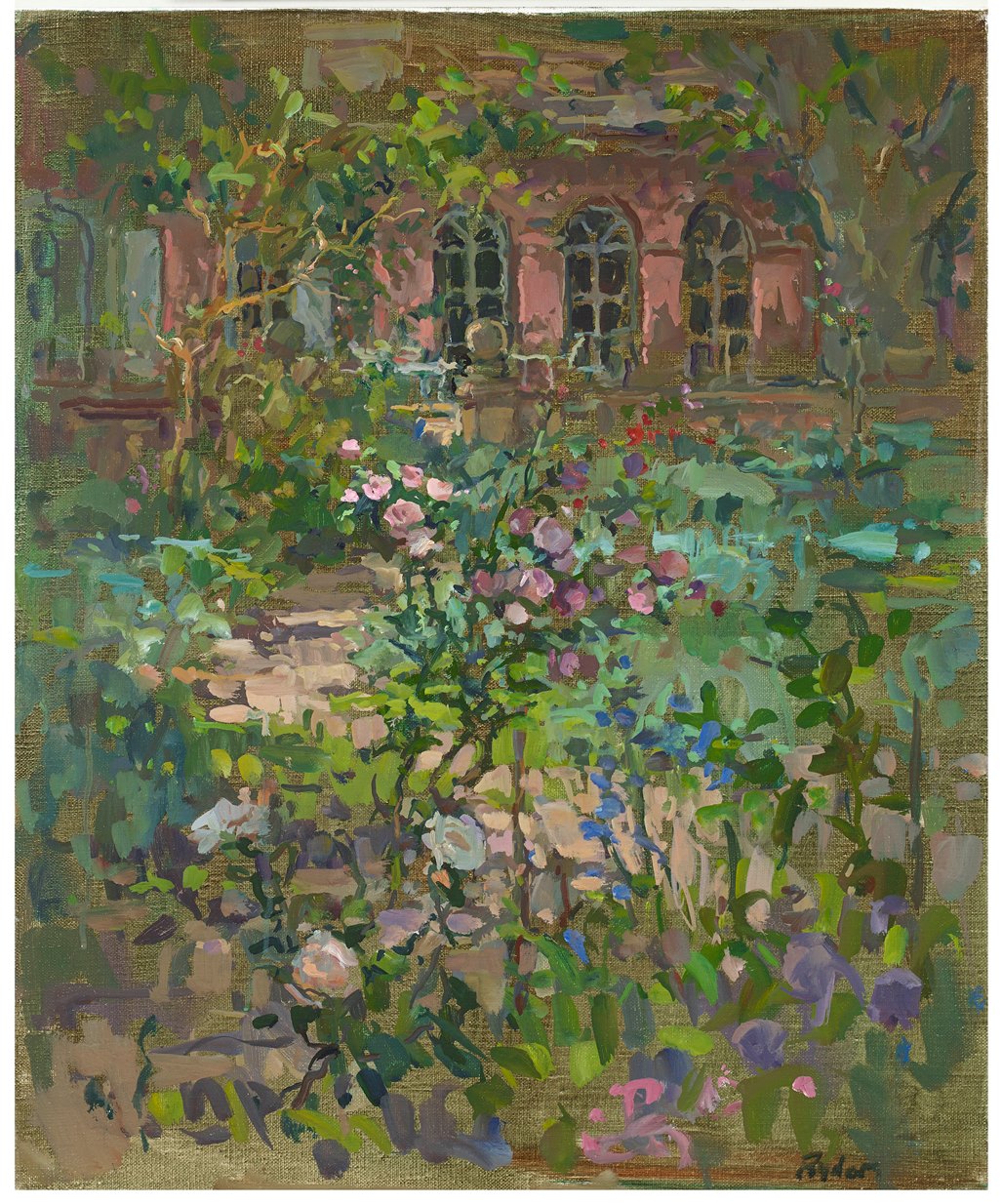 Susan Ryder studied at the Byam Shaw School of Painting under Bernard Dunstan RA from 1960-64. She was elected a member of the New English Art Club in 1980 and to the Royal Society of Portrait Painters in 1992, and later became their Vice President from 2002-2008.

Bernard Dunstan first introduced her to the work of the post-impressionist Edouard Vuillard, whose gentle scenes of intimate interiors, domestic spaces and gardens in soft blurred colours proved a significant influence on her painting style and choice of subject for the rest of her career.

Sue was only 18, and still a student, when she first exhibited often in The Royal Academy. Although well known for her interiors and portraits, it was as a landscape artist that Susan received her first award. Many prizes followed for both her portraits and interiors, with commissions to paint at fine houses both in this country and abroad.

Her portrait commissions include a wide range of people. Most notably, in 1981, HRH The Prince of Wales invited her to paint The Princess of Wales in her wedding dress. Further recognition came in 1997 with a commission to paint HM The Queen for the Royal Automobile Club’s Centenary.

Sue’s work away from portraiture has proved even more successful, to the extent that the name Susan Ryder now conjures up images of the glorious interiors and sunlit terraces for which she is so well known. She occupies a place amongst the great names of contemporary British impressionism as represented by the New English Art Club – a society of like minded artists that can trace its philosophical roots from John Singer Sargent and Augustus John, through Stanley Spencer, to the present day, which now includes Ken Howard, Tom Coates, Fred Cuming and Jane Corsellis.

Susan is married to Martin Bates and divides her time between London and Scotland.

Sarah Samuels Fine Paintings, Chester is honoured to be one of the few galleries which Susan allows to regularly exhibit her work.