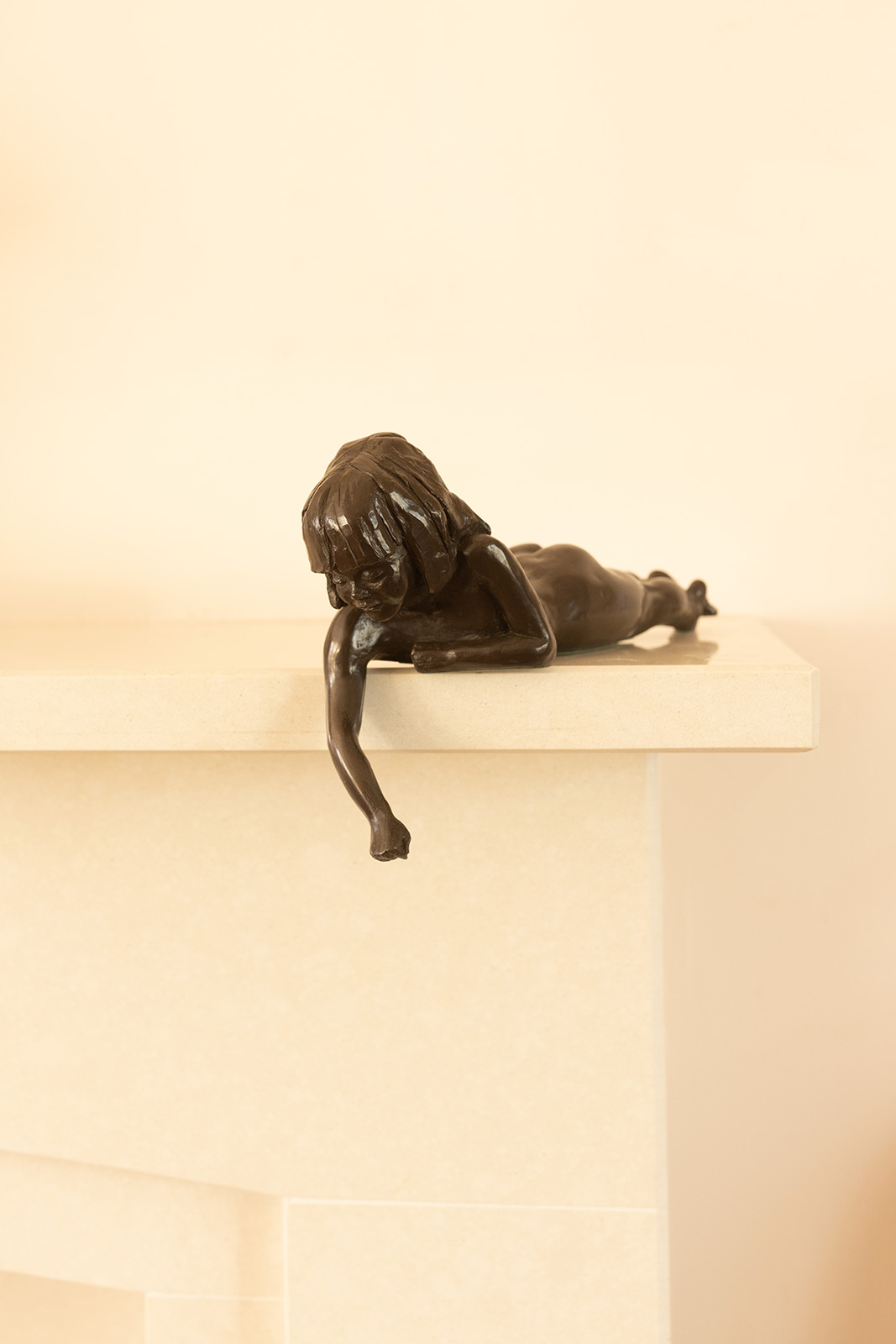 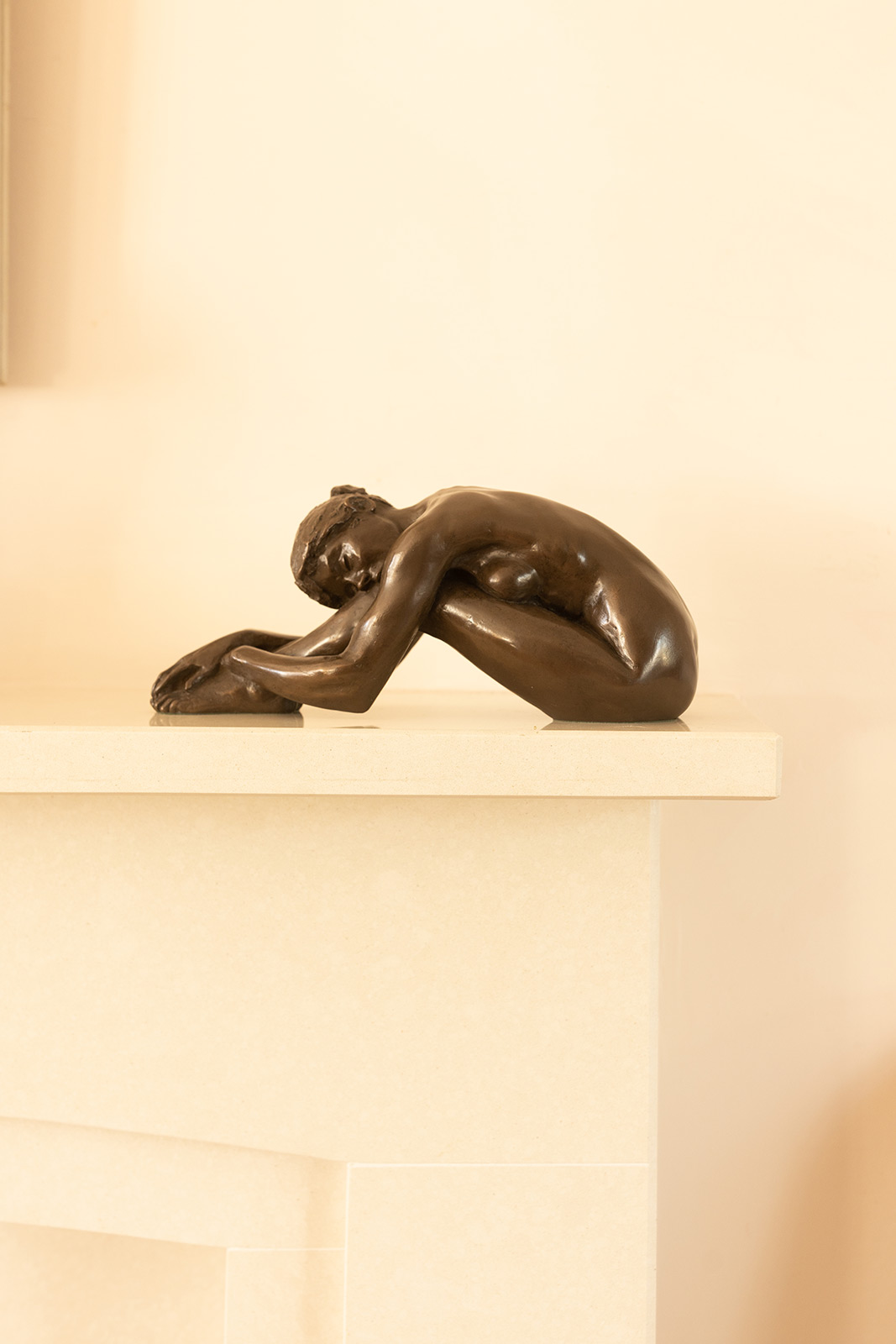 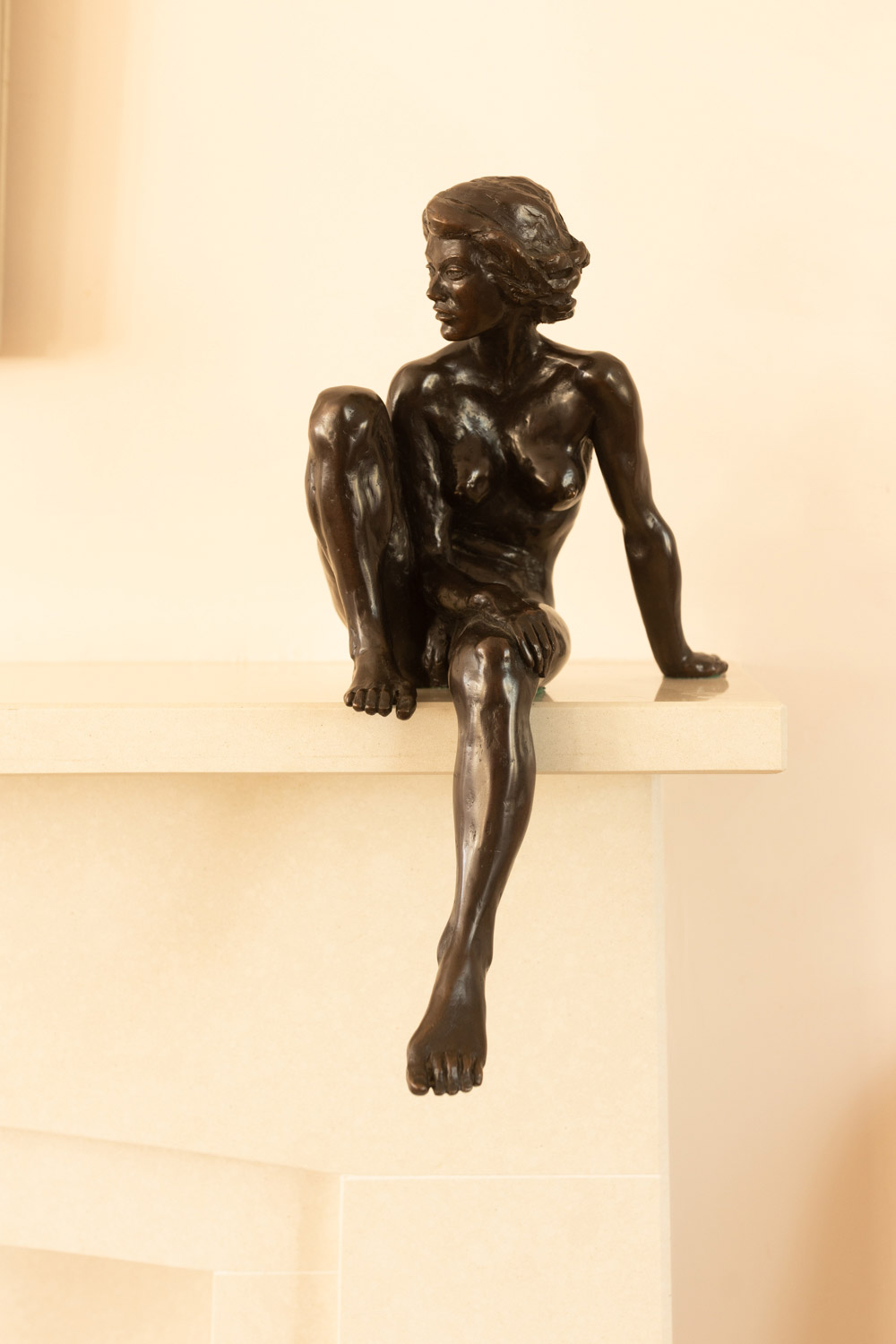 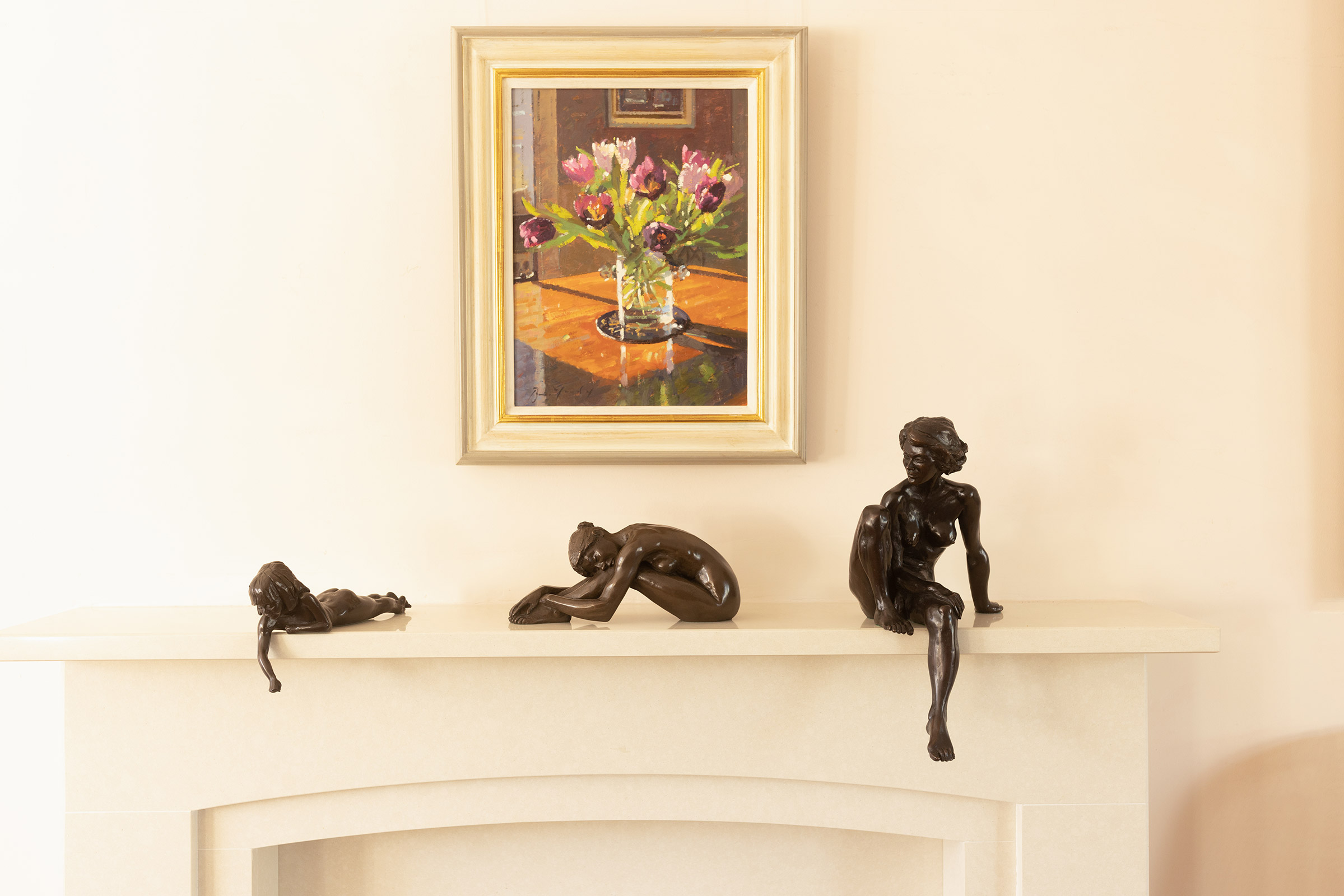 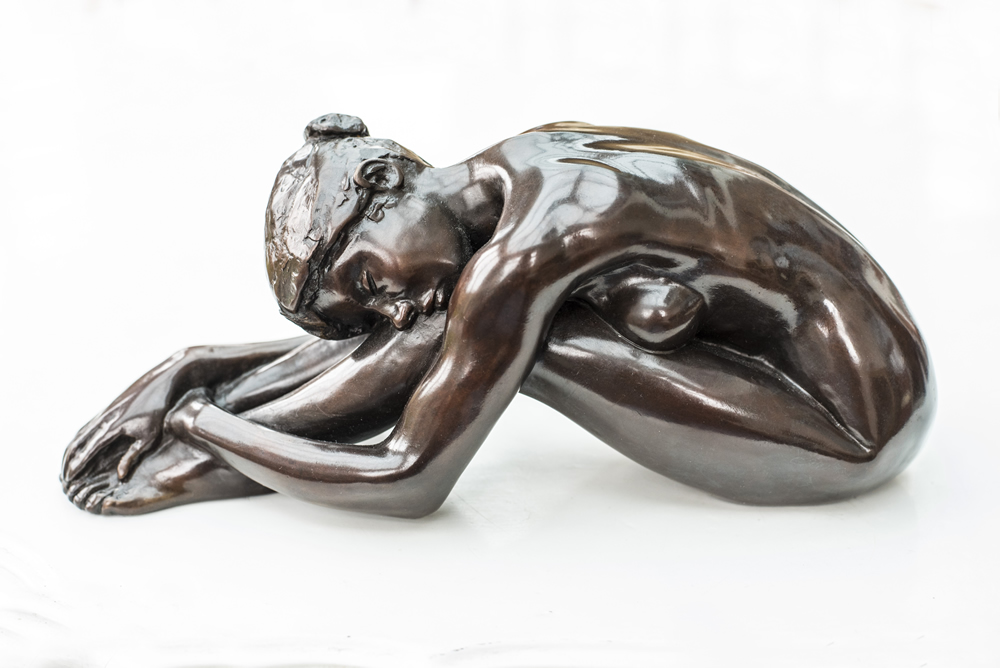 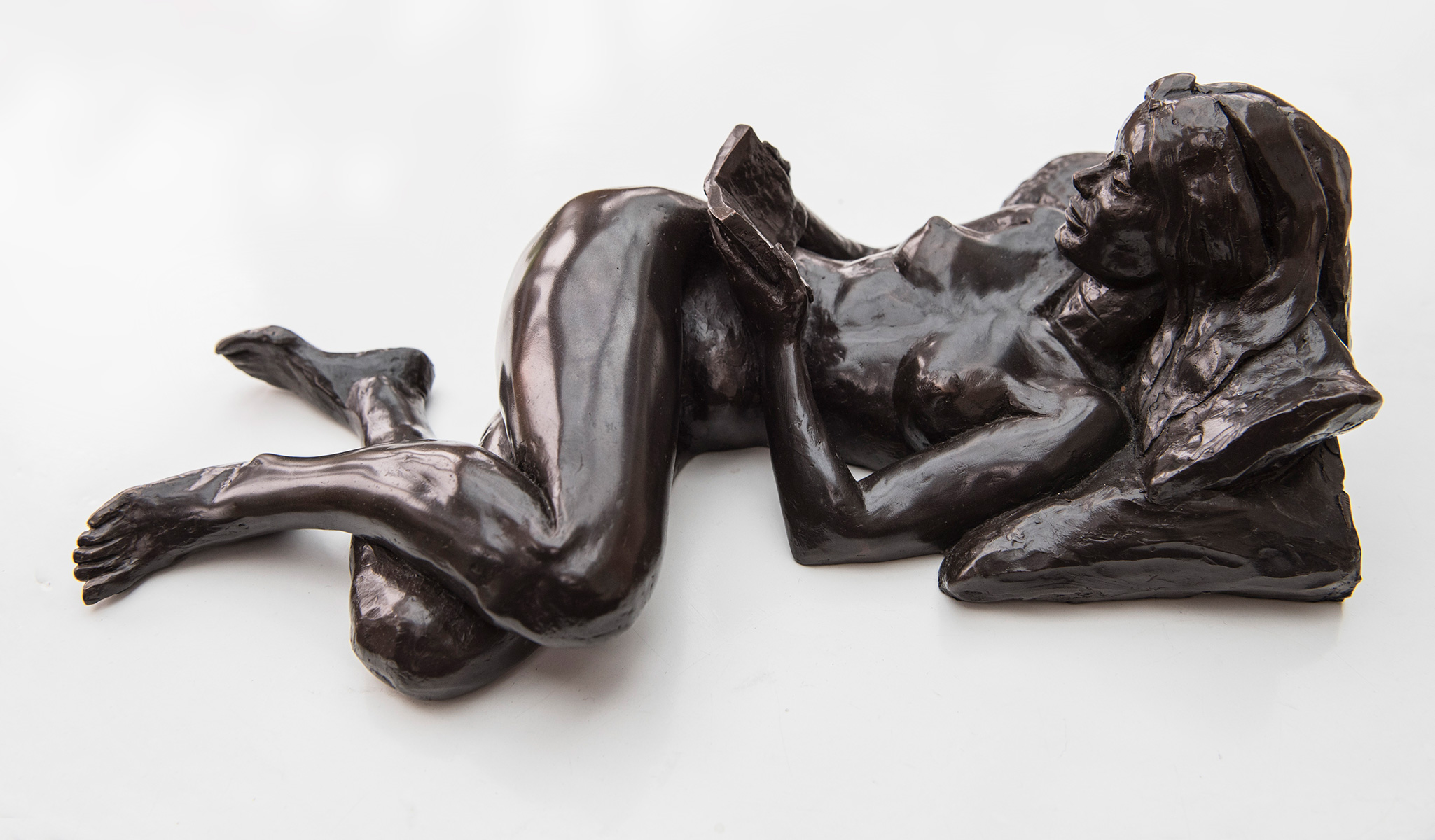 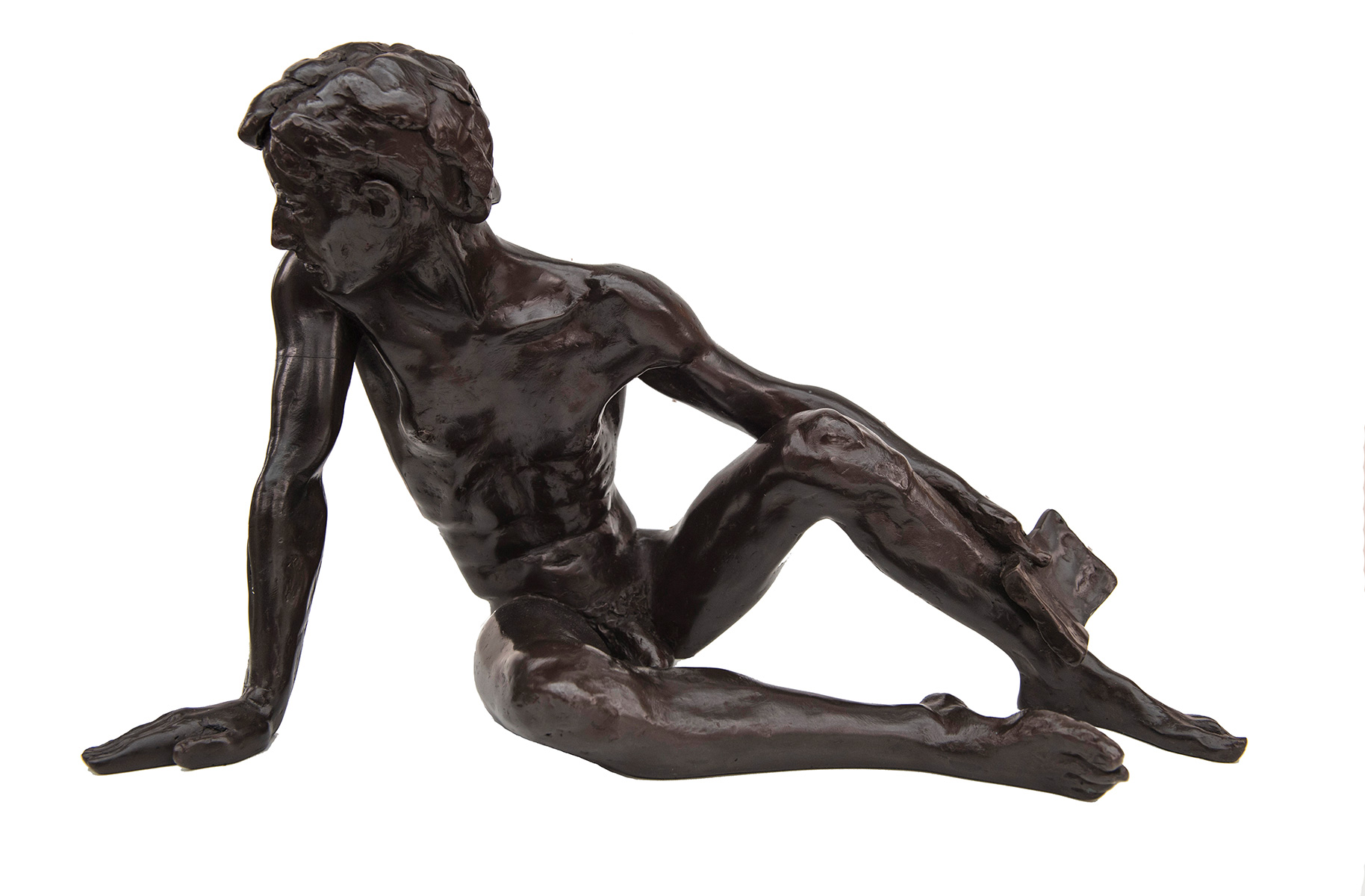 Tom Greenshields was born in 1915 on the family farm in Devon. He was the grandson of the well known Victorian painter Edouard van Goethem, whose distinctive watercolours have been reproduced worldwide as greetings cards and more recently as colour prints. Tom Greenshields was educated at Sherborne School in Dorset and went on to study at the Slade School of Art in London. After leaving The Slade he painted, mainly watercolours, and illustrated books, exhibiting at the Royal Academy.

During the Second World War Tom Greenshields served as a Major in the 94th Field Regiment and latterly commanded 224 Battery. He was awarded the Military Cross in Normandy after the invasion but shortly afterwards was wounded in the legs by machine gun fire.

In 1946 Tom returned to the family dairy farm and it was only in 1980, when his eldest son took over the farm that he could dedicate himself more fully to his drawing, painting and sculpture.

A farming accident cost him his right hand in 1981, but he successfully transferred his skills to his left hand. He has had many exhibitions and currently his sculpture is exhibited in art galleries in England, Scotland and Wales as well as abroad.

Tom’s sculptures fall into two categories. Certain pieces are signed limited edition and other pieces are open editions. The initial sculpture was created in clay and a mould then made from which an exact resin marble copy is produced. This resin marble figure becomes the master copy for all subsequent moulds. The final reproductions are individually hand cast and finished in either bronze, resin bronze, resin copper or resin marble.

Tom died in August 1994 and leaves a widow, Renate, and five children. Maria, the youngest, is also a sculptor.